Taylor Beckham had Usher begging her to join his team and Shakira jumping in between them trying to stop Beckham's ultimate choice. AMTC watched excitedly as its former student wowed the crowd. 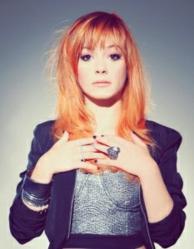 17-year-old Taylor Beckham is one of the youngest performers on The Voice. In her first TV appearance, she sang the classic ‘I’m Going Down’ but instead, she got picked up—by Usher. Usher fought it out with Shakira, but Usher’s enthusiasm won Taylor to his team. The former gymnast once had her sights on the Olympics, but is now flying high in music. She is from Dallas, Texas, and plays the piano, guitar and violin.

Taylor previously attended the Actors, Models and Talent for Christ(AMTC) SHINE showcase in Orlando, Florida, and received interest from top music reps like Sony BMG, Capital and Virgin Records, and the Gospel Music Association. But her 19 callbacks were not just in music. She also impressed acting agents like CESD New York and The Campbell Agency Dallas. AMTC believes in cross training its performers in acting and modeling, which may have helped former classmate, Mathai, make it to the semi-finals of The Voice Season 2.

During the past three decades,AMTC set the standard for serving an unprecedented array of talent agents, managers and casting directors as the "go-to” source for new and aspiring actors, models, singers and dancers. AMTC alumni have been featured in over 600 major motion pictures, television series and Broadway shows, including Footloose, We Bought A Zoo, Identity Thief, Star Trek Into Darkness, COURAGEOUS, The Amazing Spiderman, The Secret Life of Dorks, Grey’s Anatomy, The Good Wife, Private Practice, Switched at Birth, Bones, Lab Rats, 90210, American Idol, So You Think You Can Dance, Lion King, Chorus Line, Les Misérables, 9 to 5, Bring It On and Hairspray.

AMTC, a 501c3 non-profit ministry dedicated to making good bolder in film, fashion, music and theater, is currently holding auditions in major cities across the country for the next official SHINE talent showcase being held July 2-7, 2013 at the Gaylord Palms, as confirmed by corporate representatives. They are looking for performers ages 4 and up who want to become positive role models in the entertainment industry.