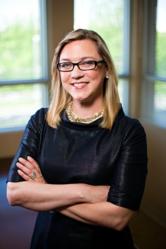 GCG’s ongoing significant investment in its client relationships is just one more way in which the company distinguishes itself, and I am excited to be leading those efforts.

The Garden City Group, Inc. (GCG), the nation’s award-winning leader in legal claims administration services, is proud to announce that Christi Cannon has been promoted to vice president, client relations.

Cannon’s leadership skills and substantial knowledge in the field have been influential to GCG’s dynamic growth. With this newest appointment, Cannon will join GCG’s senior management team and work cohesively to support the firm’s well-earned reputation for excellence in the legal community.

“I am pleased to recognize Christi with this well-deserved promotion,” said Neil Zola, president, GCG. “She is extremely talented and has been an instrumental part of GCG’s ability to provide customized, quality services to continue to exceed our clients’ expectations.”

As vice president, client relations, Cannon will continue to develop and maintain client relationships, while facilitating feedback and evaluating GCG’s strategic direction in order to provide superior services for our clients. In addition, she will continue to work as part of GCG’s team on the BP Deepwater Horizon class action settlement, where she will handle regular communications with the Claims Administrator’s Office and oversee claimant outreach initiatives.

“I’m honored to be included among GCG’s senior management team – a group of industry leaders for whom I have tremendous respect,” said Cannon. “GCG’s ongoing significant investment in its client relationships is just one more way in which the company distinguishes itself, and I am excited to be leading those efforts.”

“We’re honored yet again to have another former client join GCG’s senior management team,” said Zola. “She has seen first-hand the benefits of working with us and understands the market from both points of view, which is key to thriving in our industry. I can’t think of anyone better suited to run client relations on behalf of GCG.”

Cannon began her legal career in 1995. She litigated some of the largest class and shareholder actions in history, including the In re Initial Public Offering Securities Litigation. In 2005, she was named a “Georgia Super Lawyer” by Atlanta Magazine and Law and Politics Magazine.

Having establishing herself as a leading dealmaker, Cannon joined GCG in 2007 as a business development consultant. With her class action expertise and drive, Cannon quickly advanced within the company. In 2010, she was promoted to director of class action business development, and attained the newly-created position of director, client relations in October 2011.

About The Garden City Group, Inc. (GCG)
GCG (http://www.gcginc.com) is the recognized leader in legal administration services for class action settlements and other claims administration, bankruptcy cases and legal noticing programs, with more than 1,000 employees in offices coast-to-coast. GCG has been named Best Claims Administrator by the New York Law Journal for three years in a row. The firm has been engaged in many high-profile distribution matters, including the General Motors bankruptcy, the $20 billion Gulf Coast Claims Facility and the $7.8 billion Deepwater Horizon Economic Property Damages Settlement, the $6.15 billion WorldCom settlement, the $3.4 billion Native American Trust Settlement and the $3.05 billion VisaCheck/MasterMoney Antitrust settlement.

About Crawford
Based in Atlanta, Ga., Crawford & Company (http://www.crawfordandcompany.com) is the world's largest independent provider of claims management solutions to the risk management and insurance industry as well as self-insured entities, with an expansive global network serving clients in more than 70 countries. The Crawford System of Claims Solutions® offers comprehensive, integrated claims services, business process outsourcing and consulting services for major product lines including property and casualty claims management, workers compensation claims and medical management, and legal settlement administration. The Company’s shares are traded on the NYSE under the symbols CRDA and CRDB.