Pro Player Health Alliance is inviting the public to learn about Sleep Apnea on April 18th with current All Pro WR Larry Fitzgerlad and other NFL greats. Attendees can learn about Koala Sleep centers and the Herbst Device manufactured by Gergen’s Orthodontic Lab. 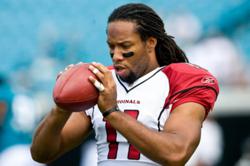 All Pro NFL players past and present join The Pro Player Health Alliance (PPHA) to help spread awareness on the deadly disorder, obstructive sleep apnea (OSA) on National Sleep Apnea Awareness Day, April 18, 2013. Taking stage for the “Tackle Sleep Apnea” campaign are the likes of Roy Green, Larry Fitzgerald, Seth Joyner, Derek Kennard, Alfonso Smith, and Mark Walczak among many other retired NFL superstars. Larry Fitzgerald is actively supporting the "Tackle Sleep Apnea" campaign. The Pro Player Health Alliance' national campaign has already treated over 100 former NFL players. Many players have been loyal and outspoken advocates of spreading awareness of the deadly disorder across the country. Joined with David Gergen, owner of Gergen’s Orthodontic Lab and founder of the PPHA, they have been on a mission to “Tackle Sleep Apnea” nationally.

Leading the way for treatments across the country is Dr. Rodney Willey. Dr. Willey has one of the largest dental Sleep Apnea practices in the United States with periods of over 100 cases per month. That is outstanding momentum in the treatment of Sleep Apnea. As President of Koala Centers For Sleep Disorders, he now offers dental sleep center franchises with refined techniques being used in multiple locations.

David Gergen, President and CEO of the Pro Players Health Alliance states, “We have adopted the Koala Centers for Sleep Disorders as the key provider for our former NFL players for many reasons. One in particular is their seamless systems and consistency in treatment. We can depend on their services and professionalism." Mr. Gergen also expresses how he likes the fact that the primary goal of the Koala Centers are to help people sleep, breathe and live well through focused healthcare solutions.

Dr. Gary Core, who is hosting the upcoming PPHA event on April 18, has purchased a phenomenal Koala Sleep Center from Rod Willey which is rolling into Phoenix. This will be the third Koala Center opening and there are two more Koala openings on the horizon. After the event, Larry Fitzgerald will be signing autographs among other NFL greats. Register for this event today as spots are limited.

David Gergen, CDT and President of Pro Player Health Alliance, has been a nationally respected dental lab technician for over 25 years. He received the award for “The Finest Orthodontic Technician in the Country” given by Columbus Dental in 1986. He also has been appointed chair of the dental wing of the American Sleep and Breathing Academy a national interdisciplinary academy dedicated to sleep training and education with over 60,000 members. David rolled out of bed on September 12, 1981 and had his career “ah ha” moment. He knew he was going to be an orthodontic technician and he knew he was going to help people all over the country to help treat their sleep disorders in partnership with their dentists. He has worked for some of the pioneers in the orthodontic and sleep dentistry fields. He was the personal technician for the likes of Dr. Robert Ricketts, Dr. Ronald Roth, Dr. A. Paul Serrano, Dr. Clark Jones, Dr. Harold Gelb, Dr. Joseph R. Cohen, Dr. Rodney Willey, Dr. Allan Bernstein, and Dr. Thien Pham. One of his proudest achievements is receiving The National Leadership award for Arizona Small Businessman of the Year in 2004.