Gotham is a serial drama written by two-time Emmy-winning Actress/Producer Martha Byrne and Emmy-nominated Actress/Director Lisa Brown. Started successfully on the Web with an Emmy nomination, it is now coming to traditional TV and multiple digital platforms. 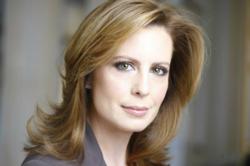 Brown and Byrne have worked in the world of daytime television for over two decades each and created Gotham for the Web in 2009 to celebrate the classic storytelling of the serial drama and as a “thank you” to the fans for their continued support. Byrne states, “Lisa and I are thrilled to be working with simplyMe to create new episodes of Gotham. We believe in the value of good storytelling and simplyMe is giving us the opportunity to share our new journey with our fans.” The new episodes of Gotham will be distributed by simplyMe and produced by Gotham Productions LLC. SimplyMe CEO Krystol Cameron states, "It brings us great pleasure to provide Gotham distribution over our cable and digital TV channels nationally. Gotham, once enjoyed by consumers on the Web, will now go mainstream on and offline with new original episodes. It is a thrill for me and my staff to work with the Gotham team and seasoned veterans Martha Byrne and Lisa Brown.”

Gotham will follow the same storyline as http://www.gothamtheseries.com. Expect to see notable actors from daytime drama and television to populate the cast. Rich and captivating storylines will cover youth as well as adult topics and trends. Set in New York City, the show follows the lives of Catherine Prescott (played by Martha Byrne) and Richard Manning (played by two-time Emmy winner Michael Park), meeting up again unexpectedly after their lives followed different paths. Will fate give them a second chance?

SimplyME Distribution is a media distributor dedicated to the needs of independent content providers in extending their value propositions over such names as Dish Network, NBC, Time Warner, NBC, ABC and independent TV stations nationally.

Martha Byrne is a nine-time Daytime Emmy Award nominee and two-time Emmy winner. She is best known for role on the CBS Daytime Drama As the World Turns where she portrayed Lily Walsh Snyder and her twin sister Rose D'Angelo. She has also appeared on General Hospital and was a scriptwriter for The Bold and The Beautiful. She also holds numerous magazine awards and three National Viewer's Voice Awards. As a singer, Martha has released two CDs. She was also the Executive Producer for the award-winning film, "Bye Bye Sally", starring Malin Ackerman. Martha created and is the Executive Producer of the web series Gotham (http://www.gothamtheseries.com), in which she also stars in. Gotham was nominated for an Emmy in 2010 and won an Indie Soap Award In March of 2013. She is also co-owner of Full Circle Talent Agency, LLC in NJ, a talent training and management business.

Lisa Brown is best known for her role as Nola Reardon Chamberlain on Guiding Light. After her successful run as Nola, Lisa went on to play Iva Snyder on As The World Turns, a role which garnered Lisa two Emmy nominations.Throughout her expansive career in show business she starred on Broadway in 42nd Street and also appeared in many other theater productions. She has a strong presence behind the camera, as an acting coach and also as a producer and director, having directed videos for MTV, FUSE, MTV2 and her son Buddy Nielsen's band, Senses Fail.