According to court documents, on March 26th, 2013 a woman filed a lawsuit in Illinois Southern District Court alleging her mother suffered gastrointestinal bleeding from Pradaxa and died. In light of these news, AttorneyOne, a recognized authority on law, informs that they are now providing advice, including how to get in contact with legal counsel, to people potentially affected by Pradaxa side effects. 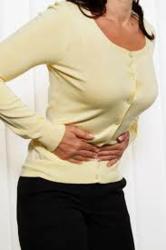 alleging her mother suffered gastrointestinal bleeding from Pradaxa and died

AttorneyOne.com, a recognized authority on law, updated the website recently and they are now actively providing expert opinion in view of the recent news on Pradaxa Lawsuits.

According to court documents, on March 26th, 2013 a woman filed a lawsuit in Illinois Southern District Court (case no. 3:2013cv50156) alleging her mother suffered gastrointestinal bleeding from Pradaxa and died. Pradaxa, manufactured by Boehringer Ingelheim Pharmaceuticals, is mainly used as a blood thinner for patients who are at risk for stroke or atrial fibrillation.

In the lawsuit plaintiff claims that her mother began taking Pradaxa for her atrial defibrillation in September 2011 and a month later she was hospitalized for excessive and uncontrollable bleeding which led to her death. The lawsuit joins the Pradaxa Multi-District Litigation in the United States’ District Court for the Southern District of Illinois (MDL 2385).

On December 19th, 2012 the FDA issued safety communication informing that the Agency required a contraindication (a warning against use) of Pradaxa in patients with mechanical heart valves. According to the announcement, a clinical trial in Europe was terminated early because thromboembolic events and major bleeding were significantly more frequent in the Pradaxa treatment arm than in the warfarin treatment arm.

Taking into consideration the latest developments, AttorneyOne.com updated the website and, now, can actively provide an expert opinion including how to get in contact with legal counsel easily and inexpensively in case of alleged Pradaxa severe complications. Sean Burke, director of Media Relations at AttorneyOne.com, adds that the relevant information illustrates that people continue to file Pradaxa lawsuits. "For that reason", he continues, "our focus should squarely fall on getting the word out and assisting people in finding the right legal assistance.”

Another lawsuit was filed on February 19th, 2013 by an Alabama resident, in Illinois Southern District Court (case no. 3:2013cv50075), alleging she suffered severe internal bleeding from Pradaxa.

AttorneyOne.com has further information on Pradaxa lawsuits including how to get in contact with legal counsel.

Headquartered in San Diego, CA Attorney One was founded in 2004 and is not a law firm. They offer a nationwide legal service which helps consumers find the best representation for their legal needs. You can learn more about Attorney One at our website http://www.attorneyone.com. You can also find us on Facebook at http://www.facebook.com/AttorneyOne. Checkout earlier news from us at http://www.prweb.com/releases/2013/4/prweb10631806.htm