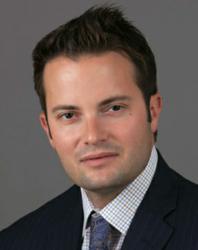 Cape and Islands Plastic Surgery is the only plastic surgery practice in Plymouth and on Cape Cod to offer this revolutionary technology.

Cape and Islands Plastic Surgery is pleased to announce they now offer CoolSculpting as a non-surgical alternative for fat removal.

Cape and Islands Plastic Surgery is the only plastic surgery practice in Plymouth and on Cape Cod to offer this revolutionary technology. All CoolSculpting consultations and procedures are performed by the doctors directly.

CoolSculpting targets fat cells, eliminating them in an easy, non-intrusive fashion that exercise and diet can’t achieve as quickly. There are no knives, suction hoses, needles or scars. Once crystallized, the fat cells are naturally eliminated from the body. The patient will begin to see the results over a three to six week period after the procedure.

Developed by Harvard Medical School scientists, CoolSculpting is a FDA-approved, patented procedure that uses a targeted cooling process that kills the fat cells underneath the skin, literally freezing them to the point of elimination.

“CoolSculpting takes very little time”, noted Dr. Seth Jones, a partner in the practice with Dr. Michael Loffredo. “Typically after a CoolSculpting treatment the patient can get right back to their day. Each treatment area lasts about one hour.” The procedure is conducted in the office without anesthesia.