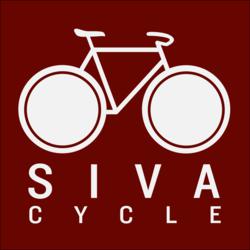 There’s no limit to the power that you can produce with the Atom, that’s the beauty of it — as long as you have the will to ride, you can also have mobile power at your fingertips.

Siva Cycle, a bicycle accessories company for modern connected cyclists, today debuted their flagship product, the Atom, a lightweight, highly-efficient bicycle generator and detachable on-board battery pack for mobile USB-charged devices. The Atom generator is for urban, commuter, and touring cyclists, gadget lovers, green fanatics, and anyone that’s ever needed a charge on the go.

The Atom easily mounts on standard-sized bicycles. To do so, simply remove the quick release or wheel nut on the back wheel, attach the Atom generator to the back wheel, and lastly replace the wheel/ Atom combo back onto the frame. The Atom charges mobile devices and the on-board battery pack — standard with every Atom — while the bicycle is in motion. The Atom’s battery pack detaches easily from the generator to instantly extend the battery life of USB-powered devices away from the bike.

“The Atom is the best way to charge your phone, GPS, or USB-powered device efficiently in a clean, responsible manner. Power is a modern day necessity, and having juice for all of your devices is more than a convenience. The Atom ensures you always have power whenever and where you need it, on and off the bicycle” said Dave Delcourt, CEO and cofounder of Siva Cycle. "Over 1.5 billion people are without regular, consistent access to power, and many of them rely on bicycles as their primary means of transportation. Bigger picture, we believe the Atom will fundamentally change cycling, as well as the lives of people all over the world."

Including all component parts, the Atom only weighs 300 grams. The generator and on-board detachable battery pack combine into a singular housing that is 7.5 inches tall, 3.0 inches wide, and 1.2 inches deep; and with only three moving parts (a drive gear, idler gear, and magnet rotor), the Atom proves to be incredibly dependable.

“There’s no limit to the power that you can produce with the Atom, that’s the beauty of it — as long as you have the will to ride, you can also have mobile power at your fingertips,” said Aaron Latzke, CTO and cofounder of Siva Cycle. “Starting with the Atom, we’re building products that will bring a clean, renewable source of power to cyclists at home and in places throughout the world that need electricity most.”

Integrated into the Atom's design is a 1300mAh battery pack — comparable to an iPhone 5’s 1440mAh battery — that is compatible and safe to use with USB chargeable mobile devices. When riding at a rate of 3.1 mile per hour (mph), the Atom outputs 0.75 watts; at 10 mph the generator outputs 3 watts, and at 15 mph the generator is limited at 4.5 watts. For the safety of all devices, power is always delivered in a regulated manner, providing only the amount of juice each device specifically demands.

Currently, Siva Cycle is working with several global philanthropic organizations. Starting at the beginning of the Kickstarter project, for every 10 Atoms sold, Siva Cycle will donate one Atom to a person living without reliable power through those philanthropic partners to be announced. By backing the Atom, supporters will fund a renewable energy technology needed around the world, and play an integral role in the production of the dream accessory for modern, connected cyclists.

To back the Atom on Kickstarter, or to learn more about Siva Cycle, please visit: http://sivacycle.com/

Siva Cycle, makers of the Atom, a highly-efficient bicycle generator and detachable on-board battery pack for mobile USB-charged devices, is a bicycle accessories company headquartered in San Francisco and Boston.

Learn more about Siva Cycle and the Atom here: http://sivacycle.com/