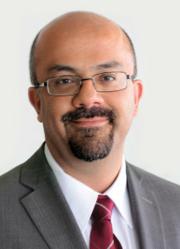 It is groundbreaking research that goes a step further in asserting that, not only does bariatric surgery change a person’s physical composition when it comes to obesity, but it can also alter a person’s genetic composition.

Obesity is an epidemic that is impacting approximately one-third of American lives, with genetics reportedly accounting for about half of these obesity cases in some ethnic groups. Now, research is saying that the opposite might be true, and this is good news for obese patients.

The Karolinska Institute in Sweden published a study in a prestigious Swedish journal that shows evidence of surgical weight loss resulting in actual genetic structure change and improved metabolism. Bariatric patients will still need to make lifestyle changes and alterations to their diets, but their actual genetics could potentially be changed for the better after bariatric surgery.

“It is groundbreaking research that goes a step further in asserting that, not only does bariatric surgery change a person’s physical composition when it comes to obesity, but it can also alter a person’s genetic composition,” states Dr. Amir Mehran, a Los Angeles bariatric surgeon and Medical Director at the La Peer Bariatric Center of Excellence.

Researchers in Sweden studied the epigenetics of the skeletal muscles of 14 participants. Researchers focused specifically on two genes (PGC-1alpha and PDK4) that control glucose and fat metabolism. They found the DNA of the obese women contained chemical markers that prevented these genes from functioning normally.

At the start of the study, each of the obese women had a body mass index of around 40, and weighed between 265 to 320 pounds. Six months after the surgery, they each had lost approximately 70 pounds.

After the weight loss, researchers took another look at the genes of the previously overweight women and found that they no longer displayed some of the chemical markers that were present before the surgery. The genes in question, which were involved in glucose and fat metabolism, have essentially been altered to a healthy state.

“This is promising news for those who suffer from obesity,” said Dr. Mehran. “It provides evidence that you can possibly improve your body’s ability to burn fat and store sugars properly.”

Obesity has long been linked to health conditions and genetic disorders, such as Prader-Willi Syndrome. It has also been shown that babies born to women post-bariatric surgery are healthier and less likely to have diabetes and other obesity related conditions than siblings that were born beforehand. This recent study leads experts to believe that if obese women lose weight before having children, they may be able to avoid passing on these types of gene traits to their offspring.

To learn more about weight loss surgery options, contact the Bariatric Surgery Center of Excellence at (866) 406-8285.