Actors, Models and Talent for Christ (AMTC) Prepares for Tallahassee Auditions on Monday, May 6th

Bad is bold in the entertainment industry, so good must be BOLDER. It’s time for God’s stars to stand up on the stages of film, fashion, music and theater. 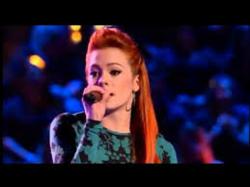 Taylor Beckahm Singing During The Battle

I thought it was completely over, but Blake swooped in and saved the day

AMTC auditions will be held at the Four Points by Sheraton Tallahassee Downtown on May 6th and the scouts will be screening local Tallahassee talent at 3pm and 7pm.

Professionals and amateurs, ages four and up are invited to attend. Auditions are free of charge.

Founded in 1982, by supermodel Millie Lewis and her daughter Carey Lewis, AMTC is a mission and a movement that provides aspiring performers with professional direction, industry introductions and spiritual preparation so they can shine for Christ in the entertainment industry.

This exciting Tallahassee event will be hosted by Carey Lewis, Chief Serving Officer for AMTC. Carey says, ‘In our first 24 years, AMTC became a power player, launching stars in film, fashion, music and theater, but something was missing.’ She discovered the ‘It’ was God. Lewis had a ‘come-to-Jesus’ meeting in 2006. She felt called to bring AMTC along. ‘People thought I was crazy, that AMTC could not exist as a boldly Christian company, but they were wrong,’ laughs Lewis. ‘When God appoints a person or a company to a mission, He will see it done and nothing on earth can stop it.’

Carey is thankful that AMTC has become a shepherd of God’s movement into media: the most influential mission field on earth. ‘God is preparing an army of performers.’ She says, ‘AMTC’s job is to find them and guide them up the mountains of arts and entertainment.’

AMTC has been the starting point for hundreds of successful artists and grads like Mathai from The Voice, Taylor Beckham The Voice’s Season 4 with team Blake, Two America’s Next Top Models (CariDee and Whitney Thompson), Charles Michael Davis commercial model for Nike and actor in Switched At Birth and soon to be released motion picture Another Stateside, Stephen “tWitch” Boss from Step It Up Revolution, Ben Davies from Courageous and Aaron Conley as Young Simba from The Lion King on Broadway. AMTC teaches talented people what they need to know and connects them with an unprecedented array of talent agents, managers and casting directors as the "go-to” source who can create larger opportunities, as confirmed by corporate representatives.

Actors, Models and Talent for Christ Tallahassee auditions are being held in at the Four Points by Sheraton Tallahassee Downtown 316 W Tennessee Street Tallahassee, FL 32301 Phone: 850.422.0071.

Participants can register at http://www.amtcaudition.com.

Ben DaviesCourageous and soon to be released Rumors of Wars