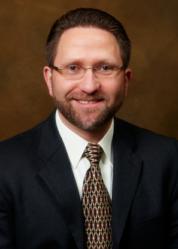 As our company continues to experience the strongest demand we’ve seen in seven years, we are looking for the next generation of leaders to continue to deliver exceptional customer experiences as we build and grow.

“As our company continues to experience the strongest demand we’ve seen in seven years, we are looking for the next generation of leaders to continue to deliver exceptional customer experiences as we build and grow. Drew, Jeanie and Jen have each demonstrated leadership that has earned rave reviews from our customers and the respect of their peers,” says George Murphy, President of Wayne Homes.

Drew Eckel has been a part of Wayne Homes since 2002 when he joined the company as a Field Manager in Akron Medina. Eckel then worked as Construction Manager in the company’s Newark office and was later promoted to Portage Division President before moving into his current role as VP of Construction. Eckel is a graduate of West Point and spent more than 6 years as an Officer in the Army Air Defense Branch.

Jeanie Thomas’ career with Wayne Homes began in the early 1990’s when she worked as a part-time New Home Counselor. Thomas left to pursue a career in retail management before returning to Wayne Homes in 2001 as a Field Manager and later as Construction Manager in Bowling Green. It was there that she consistently led the company in key areas including lowest time of construction, variance spending, and warranty costs.

Jen Collinsworth originally joined Wayne Homes in 2005 as a Sales Manager in the company’s Delaware Model Home Center before transferring to Newark. In the Newark division, she was instrumental in more than doubling sales from 2011 to 2012 through outreach to Realtors™, area employers, and home shows.

The company, which was recently awarded with a National Housing Quality Silver Award and named as one of Ohio’s Best Places to Work, has earned a reputation for its commitment to employee growth and development. According to Vice President of Marketing Maurie Jones, this has enabled the company to seamlessly scale to meet current demand.

“When it comes to delivering a quality product and an exceptional customer experience, our employees are our most valuable asset. By investing in our employees during challenging economic times, we are able to fill key leadership positions from within our own company in times of growth,” says Jones.

For more information about Wayne Homes, or to inquire about current job opportunities, visit the company website at http://www.waynehomes.com.

Wayne Homes is a custom home builder in Ohio, Pennsylvania, Indiana, Michigan, and West Virginia (see all Model Home Centers). We offer more than 40 fully customizable floor plans and a team dedicated to providing the best experience in the home building industry. For more information, Ask Julie by Live Chat or call us at (866) 253-6807.