To speed the delivery of urgent emergency notifications to the public, Hyper-Reach has developed RecordTime, a feature that allows public safety agencies to record the messages they want to send as quickly as possible to hundreds or thousands of telephones within a community. The new feature provides a "record" button within the application, allowing a user to simply click, speak and send the newly recorded message, saving precious minutes and maximizing the effectiveness of emergency notification systems. 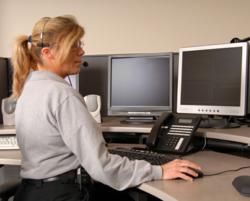 Creating a message with just a few clicks

We're very excited about this new capability. We love the system and use it daily, so being able to speed up the process enhances an already great system.

When emergency situations happen, public safety agencies usually have no time to lose. Even a few seconds in time can be the difference between saving or losing a human life. That’s why Hyper-Reach has released its newest advance in public notification systems called RecordTime.

RecordTime is a powerful new feature that allows agencies to send out mass audio messages by directly recording them on an agency’s PC work station and then sending those messages instantly. With RecordTime, public safety personnel simply click a button on the Hyper-Reach dashboard to record and - using the microphone attached to the PC - record the message they want to send. The recording is immediately stored and available to be used for notification calls to hundreds or thousands of people.

Before RecordTime, most public safety agencies using an emergency notification system would need to record a message, save it as a file, store it in the system and then send the message. The entire process might take five minutes or longer, depending on the emergency notification provider. Alternatively, some systems provide for recording using the telephone by calling a recording system. In addition to the time involved in that process, recording by telephone can reduce the audio quality and make some recordings more difficult to understand. RecordTime removes all these limitations and lets the agency click, speak and send the message in just seconds.

“We're very excited about this new capability,” said Ricky Slack, 911 Director for Smith County, Tennessee. “We love the Hyper-Reach system and have used it extensively during tornados and other emergencies. We really use it on a daily basis and have integrated it into our internal operations. So being able to speed up the message creation and delivery process enhances what is already a great system.”

To find out more about Hyper-Reach and RecordTime, send an email to info(at)ashergroup(dot)com or call the company at 855-266-8439.

Hyper-Reach (http://www.hyper-reach.com) has over 12 years of experience in emergency messaging via its mass notification system. Hyper-Reach sends messages via automated telephone calls, text messaging (SMS), email, and social media, such as Twitter. Messages can be created by local personnel or automatically sent, depending on the emergency. Other uses of Hyper-Reach include Amber alerts, toxic chemical warnings, and armed shooter alerts. In addition to 911 centers, Hyper-Reach is used by law enforcement, educational institutions, and corporations.