More Evidence that Morgellons Disease is an Infection, not a Delusion 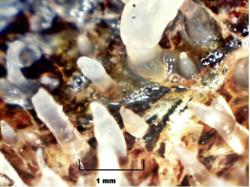 Fig. 10 Papillae projecting from the dermis into the subdermal plane ... 100X

The medical profession must be careful when making a diagnosis …The consequences of such misdiagnosis include delay in appropriate treatment, worsening of the actual disease process, and punitive labeling of the patient as "psychiatric"…Edward Kilbane, MD

The prestigious F1000 Research journal has published yet another paper linking the controversial Morgellons disease (MD) to a spirochetal bacteria. Until recently, MD was widely believed in the medical community to be purely psychological in origin; however, this latest in a string of new publications strengthens the evidence that sufferers are anything but delusional. Internist/Dermatologist Peter Mayne of Laurieton, NSW, Australia is the principal author of the latest scientific article on MD, Morgellons: a novel dermatological perspective as the multisystem infective disease borreliosis. The co-authors in this international team of collaborators include: Dermatologist Dr. John English from Nottingham University, Nottingham, UK; Psychiatrist Dr. Edward Kilbane from Stanford University, Palo Alto, CA, USA; Jennie Burke, Director of Australian Biologics, Sydney, NSW, Australia; Veterinary microbiologist Marianne J. Middelveen from Calgary, Alberta, Canada; and Internist Dr. Raphael B. Stricker from San Francisco, CA, USA.

The unusual fibers seen in skin lesions of patients with Morgellons Disease are considered the hallmark of the disease and believed by mainstream doctors to be deliberately implanted by patients. Earlier studies on these multicolored fibers showed that they were actually produced in the skin by the patients’ skin cells and composed of the skin proteins collagen and keratin. These studies also found Borrelia spirochetes in the skin lesion. This bacteria is known for causing Lyme disease, thus suggesting that MD may actually be an unusual manifestation of Lyme disease.

This new paper by Mayne and his colleagues paints MD as a multisystem disorder and elaborates by examining an Australian family where three members simultaneously had symptoms of MD. Spirochetes were detected in the skin lesions of two members and one was identified by DNA sequencing as Borrelia garinii, a causative agent of Lyme disease in Europe and Asia.

The new paper also presents a differential diagnosis from a dermatological perspective and an in-depth analysis of the diagnosis of delusional disorders from a psychiatric perspective. The study arduously points out that an infectious disease can produce psychiatric symptoms. The authors propose to de-stigmatize this illness within the medical community by replacing the popular moniker Morgellons disease with a proper medical name, Borrelial Dermatitis.

The CEHF applauds the publication of this preeminent research by volunteer Medical/[Scientific Board members, Peter Mayne, Edward Kilbane, Marianne Middelveen and Raphael Stricker. The Charles E. Holman Foundation (The CEHF), based in Austin, TX, is a 501(c) (3) nonprofit organization committed to advocacy and philanthropy for Morgellons disease. The foundation was named for Charles E. Holman, a pioneer in the fight against Morgellons disease and is led by Executive Director Cindy Casey Holman, RN.