Pryce Warner International Group have over 40 years experience dealing with expat financial matters and advise that British expats in Spain do not need to “panic” over the new overseas declaration laws. 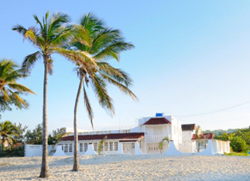 It is important to remember that expats are only being asked to disclose details of their assets so that they can be assessed for tax liability; it is not necessarily the case that any tax will be due on said assets.

According to the Daily Mail, British expats in Spain are experiencing “panic” over the new overseas tax laws that were introduced on April 30th 2013.

The new laws state that residents must declare all assets worth over €50 000. A resident is considered to be someone that spends at least 183 days in a given tax year in Spain.

David Retikin, Director of Operations at Pryce Warner International Group, commented: “British expats have little to be concerned about in relation to these new rules unless they missed the deadline for declaration. As long as details of their assets are submitted there are no immediate problems that they will face. The only potential exorbitant costs involved in relation to these new rules are fines from late declaration. It is important to remember that expats are only being asked to disclose details of their assets so that they can be assessed for tax liability; it is not necessarily the case that any tax will be due on said assets.”

According to The Week, expats have left Spain or handed in residence cards in bids to avoid having to declare details of their assets.

Expats concerned about the situation in Spain that have missed the reporting deadline should speak to expat financial advisors before taking drastic actions like selling international property in a rush and leaving.

Lorna Ainsworth, one of the founders of Xabia Democrática, a political party for expats, commented: “Rumours of Cyprus-style actions abound. Many people I know intend to change from resident to non-resident status and use their homes here for less than 183 days per year.”

David Harra, Financial Consultant at Pryce Warner International Group, commented: “The loss of depositors savings in Cyprus was formed as part of a bailout measure to save the Cyprus banking system, no analogous situation is currently underway in Spain. While Spain is in a deep recession, there is no suggestion from any official source that further bailout plans are underway that would lead to a Cyprus style investor haircut.”

Existing double taxation agreements between the UK and Spain mean that assets held outside of Spain will continue to be taxed in the UK. If Spanish authorities try to tax assets held in the UK that are already taxed, British expats would be eligible to challenge any such ruling.

Double taxation agreements mean that in practice the new reporting rules will not require expats to pay any extra tax. The only extra cost will come from fines due to late reporting.