Assessing data from 1,665 people, Queendom’s statistics reveal that people who do not self-monitor are less popular among their social group than those who do. They are also less sensitive to social cues, have more difficulty understanding body language, and have much more trouble controlling their anger. 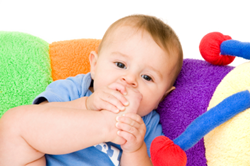 A little bit of civility and diplomacy never killed anyone, and they make social interactions so much smoother.

In an often in-your-face, uncensored social world, should people feel free to voice or do whatever they want? Is policing one’s words and actions social etiquette or lying? In its latest research to understand the benefits of self-monitoring, these are the questions that pioneer in online personality tests, Queendom.com, attempted to answer.

There’s something joyfully painful about watching period dramas set in the early 1900’s. People never really came out and said what they really wanted to say, and when they did, it was still done with the utmost tact possible. By comparison, peruse Twitter posts these days, and the drawing of social lines in the sand has become a thing of the past. How has this affected every day social interaction? Are people who say whatever they want glorified for their bold honesty? Not quite, according to Queendom.com’s latest research.

Assessing data from 1,665 people who took the Self-Control and Self-Monitoring Test, Queendom’s statistics reveal that people who do not self-monitor (purposely regulate their words or actions in social situations) are slightly less popular among their social group than those who do (65 vs. 68). They are also less sensitive to social cues (68 vs. 74), have more difficulty understanding body language (59 vs. 71), and have much more trouble controlling their anger (54 vs. 77).

So is one group being honest and the other being fake? The answer lies in the data.

“People generally feel that being tactful in social situations is still the way to go,” points out Dr. Jerabek. “It’s not a matter of being fake but rather, making it a point to adapt to the social context – to empathize, to make others feel comfortable, and to create harmonious interactions. Low self-monitors are not able - or not willing - to do this.”

So how do people self-monitor without feeling like they’re being fake?

“A little bit of civility and diplomacy never killed anyone, and they make social interactions so much smoother,” says Dr. Jerabek. “You can still get your message across. You can deliver criticism. You can disagree with someone’s opinion. But you can do it without offending. The bonus is that this way, others don’t get defensive because they feel respected, and that makes a whole world of difference.”

Here’s what the researchers at Queendom.com advise:


o Put aside your own preoccupations to consider what might be going through other people's minds in different situations. Ask yourself how you would feel in similar circumstances. In every situation, there are several perspectives. Try to identify at least 2 or 3 different ways to look at it.
o Put empathy in action. Get involved in helping people in some way, like volunteering. The closer you get to a situation emotionally, the more you realize the difficulties others might be facing.

People generally feel that being tactful in social situations is still the way to go.Highlights from the study on self-monitoring