Experts at the Asheville Jung Center are planning a Webinar discussing new material that will be released in DSM-5 including changes to the diagnosis and treatment of personality disorders. 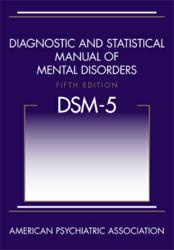 The concept of Personality Disorder within a spectrum can be quite helpful.

There are several changes regarding Personality Disorders in DSM-5. One of the biggest changes in is the removal of the multi-axial diagnostic symptom. Thus, the personality disorders are no longer categorized under an "Axis II," but can still be added under the general list of diagnoses for a patient. Again, the idea of "spectrum" is integrated into DSM-5 in regards to what degree someone has personality traits versus the full diagnosis. The Asheville Jung Center was founded in 2008 to advance the psychology of Carl Jung and promote an international Jungian community. It is affiliated with innerQuest Psychiatry and Counseling, a regional psychiatrist group. Join the Asheville Jung Center on May 22nd, 2013 as they dive into the new material included in DSM-5.

Steven Buser, MD is a psychiatrist in private practice in Asheville, NC. He trained in medicine at Duke University and served 12 years as a physician in the US Air Force. He spent his final year in the military in the Republic of Panama and is fluent in Spanish. In 2008 he completed a two year clinical training program at the CG Jung Institute of Chicago and subsequently founded the Asheville Jung Center. He has been engaged in cutting edge research, including the use of advanced neurostimulation technologies in psychiatry (Vagus Nerve Stimulation and Deep Brain Stimulation).