The busiest time of year for weddings is typically May thru September and Peekaboo Photo Booth is prepared to eclipse previous years’ marks in both events and revenue. 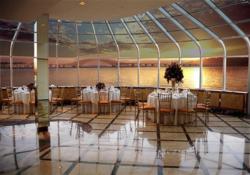 Weddings make up the majority of our revenue here at Peekaboo and some of these events are held at remarkable venues.

With the beginning of the busiest season for wedding just underway, Peekaboo Photo Booth is gearing up for what hopes to be their biggest year yet. Between photo booth rentals, photo shoots, and newly added video production, the six-year-old company is belting away events across 19 major US cities on a weekly basis.

On Sunday, May 19th, 2013, a wedding at the Venetian Yacht Club in Babylon, NY will have access to a photo booth provided by Peekaboo Photo Booth. The venue is managed by Makkos Group which also includes Crestwood Manor, Battery Gardens and their off-site catering and events divisions Gold Leaf Events.

“Weddings make up the majority of our revenue here at Peekaboo and some of these events are held at remarkable venues. I’ve never been to The Venetian Yacht Club, but just by taking a look at their website and looking at the pictures, the place looks breathtaking! I’m sure it was a fairytale-type wedding with those types of views right over the Great South Bay,” states Andrew Birr, owner of Peekaboo Photo Booth. Andrew also said with a smirk, “Maybe I’ll have to keep this on the radar when my special day comes!”

With more than five years of experience, Peekaboo Photo Booth (http://www.peekaboophotobooth.com/orlando-photo-booth-rental/) has completed more than 1,000 successful events. The company offers classy, cabana-style booths that are easy to set up and simple to use. Based in Winter Park, Fla., Peekaboo Photo Booth is a privately owned firm that offers services nationwide. In addition to operating in the Orlando area, the company also has a presence in the following metropolitan areas: Phoenix, Miami, Los Angeles, San Francisco, San Diego, Houston, Dallas, Washington D.C., Philadelphia, Boston, Atlanta, Seattle, Chicago, and Detroit. Peekaboo Photo Booth has been in the Photo Booth Rental Business for over five years and celebrates a nationwide footprint servicing both private and corporate events.