With a Bachelor of Laws degree, concentrating in Business Law and Corporate Finance, Ms. Dergham will play an important role within Grace Century's “in-house” team. 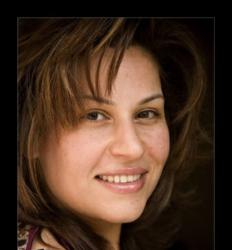 In addition, being a mother of three, she realizes that our projects have important implications to families world-wide, as it relates to healthcare and future treatments. This was important to her in deciding to join our group.

Grace Century, an international research and private equity consultancy specializing in “game-changing” life science and health related private equity projects, has announced the appointment of Ms. Dalia Dergham to its International Project Team. Dergham's expertise in finance and international law is certain to bring even greater multi-cultural depth to Grace Century as it continues to look at more and more projects around the globe.

Ms. Dergham holds both an under graduate degree from the University of Westminster, in London, as well as Bachelor of Laws (LLB) as well as her Master of Laws (LLM), from West London University. Together, with her exceptional education, Dergham will provide in-house arbitration/mediation, business structure, and new research methodologies to Grace Century. Dergham will oversee due diligence of potential new projects, ongoing oversight of accepted projects, and marketing coordination of existing projects in the Middle East and emerging markets.

Originally from the Middle-East, Dergham was raised in the United Kingdom. Her multicultural perspective and bi-lingual ability will support Grace Century to bridge the gap locally and ferret new opportunities. "We are fortunate to bring “in-house” such abilities and look forward to Ms. Dergham's involvement in present and future projects,” said Scott Wolf, President of Grace Century.

Wolf adds, “In addition, being a mother of three, she realizes that our projects have important implications to families world-wide, as it relates to healthcare and future treatments. This was important to her upon deciding to join our team. Having that kind of viewpoint 'keeps it real' as we continue to look at new projects around the world."