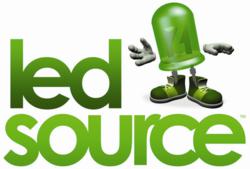 “Business and property owners around the globe are looking for solutions to help cut costs and operate more efficiently, but none more so than in the Caribbean where energy costs are a major concern.”

With an increasing number of property owners looking to cut costs and operate more efficiently, the demand for LED lighting continues to grow. As a result, Wellington, Fla. based LED Source, the first and only franchisor of LED lighting, is expanding rapidly. This summer, the company will open its first location outside North America on the island of Dominica in the Caribbean. At the helm is the company’s new Caribbean master franchisee Karl Nassief, who will open between 3-5 locations this year. Plans call for a total of 10 LED Source offices throughout the Caribbean within the next 3-5 years.

“The Caribbean is the perfect market for LED Source to grow,” said Nassief. “Our energy costs are eight to 10 times the cost of energy in the U.S. because fuel is not as easily accessible. Therefore, LED lighting, which can save up to 85 percent of energy compared to conventional lighting methods, is extremely attractive to property and business owners.”

And Nassief should know. After leaving the islands to attend high school and college in Canada, he returned to the Caribbean to become a pilot. It was during his three and half years with a local airline that he learned the ins and outs of all the islands. He was able to leverage that knowledge as he entered business ownership: Nassief purchased a car dealership in 1994, which he still owns today, and in 2007 he expanded his portfolio by entering the franchise industry and opening a KFC restaurant. Today, he owns four KFC locations throughout Dominica and St. Lucia. He also operates a supermarket in Dominica.

“Energy costs in the Caribbean are the highest in the Western Hemisphere and amongst the highest in the world,” said Nassief. “In an effort to reduce these costs in my businesses, my team and I started researching alternative lighting systems. A friend introduced me to LEDs and I knew this was the solution. Around the same time, I came across LED Source and it was clear that I needed to bring the concept to the Caribbean – not only for my own personal benefit, but for the many property and business owners throughout the islands who also are in need of energy efficient lighting. There is currently little education available about LED lighting and no access to reputable suppliers.”

According to a recent survey conducted by MSME Alliance, electricity costs can account for upwards of 25 percent of some Caribbean businesses’ expenses. Furthermore, approximately 40 million people lack access to modern electricity services in the Caribbean and Latin America, and fuel imports consume a growing percentage of smaller countries’ budgets, according to the Inter-American Development Bank. Therefore, improving energy efficiency is a top priority.

While the Caribbean has been introduced to some LED products, there is no company offering a total LED solution. LED Source, which supplies LED products to a variety of spaces, and specializes in design, support, development, project management and financing, will be the first of its kind on the islands. Applications for LED source include commercial office spaces, schools, churches, theaters, art galleries, restaurants and nightclubs, special events, residential, landscape lighting and much more.

According to LED Source president and CEO Marcel Fairbairn, the company is well poised for growth in the Caribbean. The green movement combined with the shaky economy has greatly contributed to growth of LED lighting.

“We’re looking forward to opening our first of several locations in the Caribbean this year and know that Karl is the perfect franchisee partner to help us enter this market,” said Fairbairn. “Business and property owners around the globe are looking for solutions to help cut costs and operate more efficiently, but none more so than in the Caribbean where energy costs are a major concern.”

LED share in general lighting will consist of 45 percent in 2016 and almost 70 percent in 2020, according to the 2012 McKinsey Global Lighting Report. Furthermore, LED lighting sales has experienced a growth rate of 17 percent on average since 201 1, and in 2013 output is likely to reach $15 billion, according to Digitimes.

Since 2009, LED Source has grown an average of 110 percent in sales. The company has 13 franchise locations throughout the U.S. and Canada and plans to open 12-15 additional locations in 2013. Long term goals for LED Source anticipate a network of 150 franchise offices throughout North America within three years. For more information about LED Source and its franchising opportunities, visit http://www.ledsource.com.