Minstrel's Alley sees Beautiful Bad Girl, the Vickii Morgan as an iconic story of obsessive romance that helped define sexuality among the rich and famous. It is being promoted for summer readers. 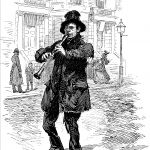 "Few women lived their lives like Vicki Morgan, and with Beautiful Bad Girl our readers gain insight into a world that fascinates them on different levels," said M.J. Hammond. It's perfect summer reading."

“We are seeing a lot of activity on this book right now, “said M. J. Hammond, Minstrel’s Alley Publisher. Gordon Basichis was recently interviewed by Optimen Productions for its new television series, Scorned: Love Kills. Beautiful Bad Girl, the Vicki Morgan Story, has been optioned for a film. A script is being written. We’ll have more on that in the coming months.”

Hammond noted that Beautiful Bad Girl, the Vicki Morgan Story, is a biographical novel that chronicles the tempestuous love affair that made international headlines while defining exotic sexual mores among the rich and famous, during the eighties. “It is wild ride depicting the sexual demons of the rich and powerful,” said Hammond. “It has been a bestseller for Minstrel’s Alley. It’s been more than two decades since the book was first published, and it just keeps on selling.

“People’s tastes have changed since the book was first published,” said Hammond. “The popularity of Fifty Shades of Gray and Beautiful Bad Girl serve as testimony to public’s changing taste and the openness to different sexual proclivities, including bondage, discipline, and sado-masochism Few women lived their lives like Vicki Morgan, and with Beautiful Bad Girl our readers gain insight into a world that fascinates them on different levels. On one hand, it is a tragic story about obsessive romance and murder. On another, it helps define female empowerment and the ability to live out one’s personal adventures.”

The publisher described Morgan as a small town teenage tomboy who got in over her head with rich and powerful people. Bloomingdale was a wealthy socialite and a member of Ronald Reagan’s Kitchen Cabinet. Reagan’s cabinet was an exclusive coterie of influential California businessmen, responsible for first getting their friend elected Governor of California and, later, President of the United States.

“At the end of the day, Beautiful Bad Girl is a love story,” said Hammond. “Gordon Basichis chronicles the essence of a complex but authentic relationship. Bloomingdale and Morgan were truly in love with other. But the collateral damage their obsessive romance caused to others still reverberates today in Beverly Hills and internationally. Many people think they know this story, but they don’t really know this story. Nothing is as you expect it to be, which is why we are promoting this book for summer reading. There’s no better tale than a hot romance in the hot summer months.”

Background: Minstrel’s Alley is a Los Angeles based independent publisher that seeks to bring adventure back into the publishing industry by publishing books that have popular appeal but with more complexity than the standard mainstream fare. The publisher distributes its books through Amazon, Kindle, and assorted Internet outlets as well as through bookstores around the country.    You can view Minstrel’s Alley at http://www.minstrelsalley.com