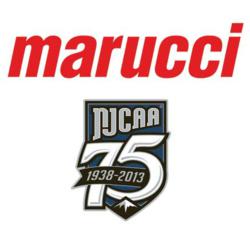 Marucci Sports will be the Official Baseball & Softball Bat of the NJCAA beginning July 1, 2013

We are very familiar with the NJCAA and its history of producing the next generation of big league talent....our entire team is committed to servicing the players, coaches and administrators of this great organization.

Special team packages will be presented to member colleges by Marucci, including deals on their famous hand-crafted wood bats, as many NJCAA regions and conferences use wood bats for league play in baseball. Many players also practice with wood bats to prepare themselves for their professional careers.

“The NJCAA is focused on pursuing partnerships with companies that produce high-quality products and those willing to provide relief to our colleges with pricing,” said NJCAA Executive Director Mary Ellen Leicht. “Marucci has stepped up to the plate in both areas. We are very excited about this partnership and to be working with the dedicated staff at Marucci.”

In addition to offering discounted pricing to NJCAA colleges, Marucci will sponsor an “Elite Hitter Award” that will be presented to NJCAA baseball and softball players with the highest batting average in each district of play (Divisions I, II and III) at the conclusion of each season, beginning in 2014. Marucci will also be the title sponsor of the NJCAA baseball and softball weekly rankings during the three-year span of the agreement.

“Marucci Sports is dedicated to providing players at all levels with the best products for the field,” said Marucci Sports CEO Brett Stohlton. “We are very familiar with the NJCAA and its history of producing the next generation of big league talent. This agreement is the first national sponsorship for Marucci and our entire team is committed to servicing the players, coaches and administrators of this great organization.”

The unique story of Marucci bats and their rise as the preferred bat for hundreds of big leaguers has translated into similar success with metal bats in the amateur ranks. Marucci offers several variations of metal bats that have been crafted with the same precision and attention to detail as their legendary wood models. The company recently launched a softball division and will be unveiling new product lines in the near future.

About Marucci Sports
Like most great all-American stories, Marucci comes from humble beginnings. Started in a 6'x9' tool shed by Jack Marucci and two former big leaguers, Kurt Ainsworth and Joe Lawrence, Marucci was built on an unflinching commitment to handcrafting the best wood bat in the game. Today, more than 300 big leaguers use Marucci bats, including Albert Pujols, Andrew McCutchen, José Bautista, and David Ortiz. Marucci is majority owned by professional players and uses its player advisory board to design the game’s most innovative product line-up, which includes wood and aluminum bats, batting gloves and protective equipment.

For more information on Marucci and how our athletes “Honor the Game,” please visit: http://www.maruccisports.com; http://www.facebook.com/MarucciSports; @MarucciSports

About the NJCAA
Since 1938 the National Junior College Athletic Association (NJCAA) has been the governing body of two-year college athletics, offering athletic and academic opportunities to college students. Now entering its 75th anniversary, the NJCAA is the second largest national intercollegiate athletic organization in the United States with over 500 member schools in 43 states. Each year 60,000 student-athletes compete in one of 28 different sports and the organization sponsors 48 national championship events and nine football bowl games. NJCAA Headquarters has been located in Colorado Springs, Colo., since 1985. For more information, visit http://www.njcaa.org.