Voipfone, (http://www.voipfone.co.uk) a pioneering telephony company that uses the Internet to send and receive telephone calls, has won the prestigious Queen’s Award for Enterprise - the UK’s highest accolade for business success. 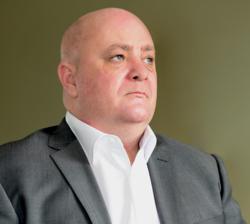 it’s a great honour to be recognised by the Queen!” says Mr Rose, who lives in Woodchurch, Kent.

The award, in the Innovation category, is the latest in a long line of recognition for the groundbreaking company therefore making Voipfone one of the most innovative companies trading in the South-East of England.

In late 2003, Lee Rose, Voipfone’s founder and Technical Director, saw a niche in the market to take on the huge multi-national companies and create a cloud based system that helps small businesses.

Colin Duffy, Voipfone's current CEO, had worked on the commercial side of telephony and internet technologies with BT for many years and joined Voipfone in 2005 to help turn Lee’s idea into a business.

Voipfone’s service gives even the smallest businesses the features and functions previously solely available to very large companies, but for a tiny fraction of the price: telephone extensions for £1 per month, call queuing for £2pm, “IVR” for £2pm - many free features, such as music on hold, voicemail, call transfer and free calls between all Voipfone customers wherever they are in the world.

Voipfone's directors are invited to a special reception that will be hosted by Her Majesty The Queen at Buckingham Palace later this year.

'I'm extremely proud that Voipfone has won this award,' says Lee Rose, the company's Technical Director and founder, whose business has spent nine years developing the technology that makes it unique in its field.

“I first had the idea for Voipfone back in late 2003, I had some previous experience with analogue telephone switchboards and I built software that allowed our conversations to take place over the internet for free.

It seemed obvious that there could be a bigger business in this, so I developed it further. I had no idea that 9 years later, it would have become this successful and it’s a great honour to be recognised by the Queen!” says Mr Rose, who lives in woodchurch, Kent.

Voipfone is an Internet telephone service provided by iNet Telecoms Ltd, which was founded in 2004 by Internet entrepreneur Lee Rose from Woodchurch Kent.

The company is now jointly owned by Lee and his business partner and current CEO Colin Duffy from Brighton East Sussex and was formed to develop the latest voice over Internet technologies.

VoIP stands for Voice over Internet Protocol and is a way of sending telephone calls over the Internet and other networks.

It’s a new technology, which is transforming telecommunications globally. Until VoIP was invented, telecommunications was the province of governments and large corporations, but since the turn of the millennium, it’s being used by a few innovative companies to provide new and unique telephone services and is changing the way the industry is structured.