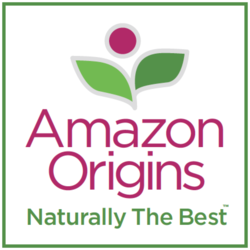 “After taking the Amazonian superfruit regularly, my pain disappeared, and stayed away for good. My strength returned and along with it, a passion to share this remarkable superfruit with others suffering from inflammation-related pain."

Amazon Origins today releases the story behind the new-to-market all natural supplement, Amaçari. Jeff Moats, President and Founder of Amazon Origins suffered a near-death accident over two years ago leaving him with chronic inflammation and pain, only relieved by a little superfruit grown along the banks of the Amazon River in the Brazilian Rainforest.

On April 10, 2011, Jeff Moats lost control of the moped he was riding and collided head-on into a mailbox. Upon arrival at the scene of the accident, local police covered him with a tarp, believing him to be dead. Despite a caved-in skull and severe trauma to the brain, Jeff survived after hours of surgery that left him with 10 titanium plates in his head and chronic pain and inflammation.

Through his business in importing sustainably harvested fish from the Amazon, Jeff recalled stories of a cherry-sized superfruit known as Caçari or Camu Camu with a reported remarkable ability to ease inflammation.

“After taking the Amazonian superfruit regularly, my pain disappeared, and stayed away for good,” says Jeff Moats, President and Founder of Amazon Origins. Adding, “My strength returned and along with it, a passion to share this remarkable superfruit with others suffering from inflammation-related pain.”

After founding Amazon Origins, Jeff Moats began to import the superfruit from the Amazon Rainforest and market it as Amaçari – an all-natural product born as a result of his nearly fatal accident.

“To have that type of injury and not die,” said Dr. Mark Gerber, Jeff’s neurosurgeon, “and to be walking away with very little problems from it, that’s the miraculous part.”

Amaçari’s 100% CamuPure is wildcrafted, sustainably harvested and made from the superfruit with the highest natural concentration of Vitamin C of any known plant. In addition to its superior performance in Vitamin C testing, Amaçari also outranked high-phenolic fruits like blackberry and blueberry, which contribute to maintenance of healthy vision and heart, and bolsters cellular antioxidant defenses. The product also demonstrated superior performance testing for total ORAC, which is a unit of measurement for antioxidants developed by the National Institute on Aging in the National Institutes of Health (NIH). The nutrients found in Amaçari have been scientifically proven to have anti-aging and immunity-boosting effects when taken regularly. Testing is done with Brunswick Labs and Covance Labs.

About Amazon Origins:
The founder of Amazon Origins, Jeff Moats, has been intricately involved with sustainable agriculture throughout the vast Amazon Basin for the past 21 years and counting. Amazon Origins sustainably harvests Camu Camu berries to create natural products with significant health benefits.

About Amaçari:
Amaçari is made from a berry grown primarily in the Amazonian River Basin of Brazil. Also known as Camu Camu or Caçari, this superfruit has been scientifically shown to have significant health benefits. With the highest known natural source of Vitamin C – about 30 to 50 times that of an orange – this fruit also contains all the flavonoids and co-factors necessary for maximum absorption and utilization. The berry’s 335 natural chemical compounds and phytonutrients, which are powerful anti-oxidants, can help keep one healthy, focused and full of vitality. The product retails for under $30 for a bottle of 60 capsules, one month’s supply, and can be purchased online at http://www.CamuPure.com.