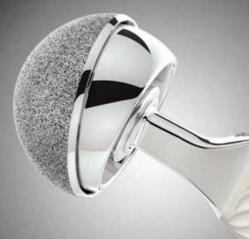 The product liability lawyers at Wright & Schulte have recently filed a DePuy ASR hip implant lawsuit on behalf of a Texas man who suffered from severe injuries allegedly due to the defective design of the ASR hip replacement device. This DePuy ASR Hip Replacement Lawsuit (Case No. 1:13-dp-20597-DAK) was filed on May 21, 2013 in U.S. District Court of the Northern District of Ohio, Western Division and joins more than 6,000 others currently pending in the DePuy Orthopaedics ASR Hip Implant Products Liability Litigation (MDL 2197). In addition to alleging that the defective design of DePuy ASR hip implants directly caused the plaintiff’s severe hip injuries, this DePuy ASR hip implant lawsuit contends that DePuy Orthopaedics, Inc. was aware of the significant risk of failure associated with its ASR hip implants and that the manufacturer failed to warn the public about these risks.

Wright & Schulte, LLC specializes in defending the rights of those who have sustained serious injuries after using defective products and dangerous drugs. Our skilled DePuy ASR hip implant attorneys are experienced at successfully going up against large corporations. We encourage those who believe they have sustained DePuy ASR hip implant complications to speak with our knowledgeable lawyers by visiting yourlegalhelp.com or by calling 1-800-399-0795.

DePuy ASR Hip Replacement Recall and Implant Failure Rates
In August 2010, DePuy issued a voluntary recall of its ASR hip replacement implants due to reports from the National Joint Registry of England and Wales that these devices had a failure rate of about 13 percent within five years of implantation. In 2011, however, this registry updated its findings on DePuy ASR hip implants, warning the public that more than 33 percent of DePuy ASR hip implants would fail within five years of implantation. Around the same time that these findings were being released, DePuy itself had been conducting internal investigations regarding the failure rate of its ASR hip implants. According to the New York Times, DePuy’s research found that the ASR hip implants had a 40 percent failure rate within five years of implantation. Despite these significant findings, however, DePuy never publicized these results and continued to publicly downplay the risks of failure associated with its ASR hip implants. [nytimes.com/2013/01/23/business/jj-study-suggested-hip-device-could-fail-in-thousands-more.html?_r=1& January 2013]

Internal DePuy documents revealing these ASR hip implant failure rates and other important analysis performed by the company are expected to become public in the near future, as the first of more than 10,000 DePuy ASR hip replacement recall lawsuits is currently being litigated in a federal Ohio court. [nytimes.com/2013/01/23/business/jj-study-suggested-hip-device-could-fail-in-thousands-more.html?_r=1& January 2013]