As disease-causing microbes continue their worrisome trend of developing antibiotic resistance, public health experts are calling for more selective use of these medications. Educating pediatricians in their offices, and auditing their prescription patterns, encourages them to choose more appropriate antibiotics for children with common respiratory conditions. 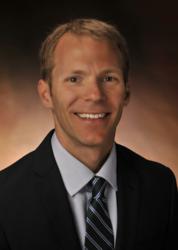 Although much research has focused on improving how hospitals use antibiotics, there have been few studies of interventions in outpatient settings, where the vast majority of antibiotic use occurs.

As disease-causing microbes continue their worrisome trend of developing resistance to commonly used antibiotics, public health experts have called for more selective use of those medicines. A new study suggests that educating pediatricians in their offices, and auditing their prescription patterns, encourages them to choose more appropriate antibiotics for children with common respiratory infections.

“Although much research has focused on improving how hospitals use antibiotics, there have been few studies of interventions in outpatient settings, where the vast majority of antibiotic use occurs,” said study leader Jeffrey S. Gerber, M.D., Ph.D., an infectious diseases specialist at The Children’s Hospital of Philadelphia (CHOP).“We focused on increasing appropriate antibiotic prescribing in primary care practices.”

Gerber and colleagues published their study of an “antimicrobial stewardship” program in the June 12 issue of the Journal of the American Medical Association.

Antimicrobial stewardship, said Gerber, usually involves prospective audits of prescription patterns--comparing the prescription for a given diagnosis to the current recommendations of professional organizations (in the current study, as issued by the American Academy of Pediatrics). For this study, stewardship also included personalized, private feedback reports to practitioners, advising them of whether their prescriptions followed current recommendations.

The study concentrated on whether the pediatricians prescribed narrow-spectrum antibiotics, as recommended, or broad-spectrum antibiotics for acute bacterial respiratory infections such as pneumonia, acute sinusitis, and streptococcal pharyngitis (or “strep throat”). All are common conditions for which children receive antibiotics.

The study team randomized 18 pediatricians’ practices in CHOP’s primary care network in New Jersey and Pennsylvania into two groups—one that received the intervention (an hour-long clinician-education session at the practice office, followed by audit and feedback of antibiotic prescribing) and a control group that did not receive the educational session, audit and feedback.

The researchers followed the effects of the intervention program for only 12 months, said Gerber, so it is unknown how long the benefits persist. In addition, the study team did not examine whether there were differences between the intervention and control groups in the outcomes of their patients’ infections.

Among other questions, said Gerber, future studies should investigate how generalizable these findings are to other health systems. Still, he added, “Our findings suggest that extending this type of intervention to the outpatient setting may have important health benefits in children.”

About The Children’s Hospital of Philadelphia: The Children’s Hospital of Philadelphia was founded in 1855 as the nation’s first pediatric hospital. Through its long-standing commitment to providing exceptional patient care, training new generations of pediatric healthcare professionals and pioneering major research initiatives, Children’s Hospital has fostered many discoveries that have benefited children worldwide. Its pediatric research program receives the highest amount of National Institutes of Health funding among all U.S. children’s hospitals. In addition, its unique family-centered care and public service programs have brought the 516-bed hospital recognition as a leading advocate for children and adolescents. For more information, visit http://www.chop.edu.