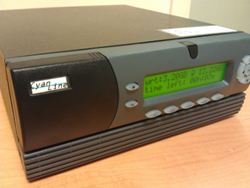 FDAS helped us realize there was critical evidence about the computer disk itself that we do not typically receive from investigators...With FDAS, I realized the significance of this extra data that I didn’t even know existed.

CyanLine, a company dedicated to the prevention, detection, and investigation of cyber crimes, announced that its groundbreaking computer forensic imaging system, FDAS, offers additional evidence not detected with other technologies that can be the deciding factor in a case. The Fast Disk Acquisition System (FDAS) exposes vital metadata, or ‘data about data,’ from the disk controller that reveals how many times a device was turned on, and the number of hours it’s been in use.

“The discovery of this new information can be utilized in nearly every case that uses computer forensic imaging as evidence,” said Steven Branigan, founder of CyanLine and forensic scientist. “The information from FDAS can be used to confirm or overturn cases, if the metadata aligns with their claims.”

“FDAS helped us realize there was critical evidence about the computer disk itself that we do not typically receive from investigators,” said Barbara Rudd, Research Director at Alexander Toia & Company, LLC, a Licensed Private Investigation agency. “With FDAS, I realized the significance of this extra data that I didn’t even know existed.”

Cyber crime suspects can buy brand new drives and copy only the ‘evidence’ they want investigators to see, according to Branigan. “Forensic investigators can search a suspect’s metadata, and if they find that the drive was in use for just 20 hours, but the computer is three years old, it shows that evidence was not only tampered with, but it was also hidden elsewhere,” he added.

Branigan states that the biggest problem in digital forensics cases are that lawyers and investigators have not known to look for metadata, nor realize that suspects can and will replace their disk drives to hide evidence. “FDAS not only provides a faithful copy of the evidence disk, but it also provides information about the disk drive itself. It is this data can be used to determine age and usage of the disk,” Branigan said.

Attorneys and investigators can now use FDAS to confirm that the data under review is, in fact, the right data.

“Successfully prosecuting a case turning on Electronically Stored Information (ESI) is about relating a true and accurate fact pattern,” said Michael Hoffman, Esq., of Pennington, New Jersey. Hoffman said that forensics is all about the truth and accuracy in that fact pattern, which turns on the litigant with the ‘rock-solid’ evidence specific to electronically stored information. With FDAS as a litigation tool, fear, uncertainty and doubt in the mind of the trier of fact may be removed from the ESI proofs by effectively comparing metadata to the characteristics of the computer.

FDAS is the only forensic imaging system that reports on this key metadata, which not only adds value, but also offers evidence that can crack and close a case. For more information, visit http://www.cyanline.com.

Based in New Jersey, CyanLine serves both the victims of high-tech cyber crime, as well as the law enforcement agencies that pursue perpetrators, and helps individuals, companies, and agencies acquire top-of-the-line network security. Steve Branigan is an experienced forensic scientist and licensed private investigator. Renowned speaker and instructor, Branigan is an active member in the High Technology Crime Investigation Association (HTCIA), Federal Bureau Investigation’s Infragard, New Jersey License Private Investigators Association, and on the Digital Forensics Certification Board. Branigan is the author of High Tech Crimes Revealed and recently published an article in the Journal of Forensic Sciences. With experience in domestic and international cases, Branigan has received a