An Important Win for Drug Affordability in Maine Should Be a Call to Action for All U.S. Citizens States the Canadian Pharmacy

Maine citizens recently scored a major victory when the Maine State Senate passed a bill specifically allowing patients to import medications from Canada, thereby allowing Maine citizens to enjoy substantial savings on foreign medications. The Canadian Pharmacy congratulates the citizens of Maine and the state government for taking such an important step toward lowering drug costs for everyone. 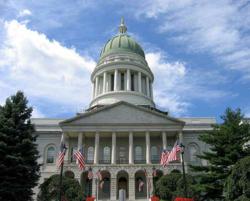 Reliable, certified Canadian pharmacies are an excellent way for Maine citizens to safely access their prescription medications and pharmaceutical information.

Recently, the Maine State Senate passed LD 171, titled "An Act To Facilitate the Licensing of International Mail Order Prescription Pharmacies by the Maine Board of Pharmacy." This act made it once again legal for Maine citizens and other groups to purchase their medications from international pharmacies. The bill also specifically negated a ruling by Maine Attorney General William Schneider in August, 2012 prohibiting Maine citizens from purchasing medications from foreign pharmacies.

LD 171 passed overwhelmingly with bipartisan support. It is an important step toward availing affordable life-saving medications for those in financial distress.

The state of Maine will benefit substantially from the passing of this bill. Prior to Schneider's decision to prohibit those in Maine from purchasing drugs from foreign pharmacies, both the City of Portland and the state-run healthcare plan MaineMeds had been purchasing medications through a Canadian pharmacy, saving Maine's constituents millions of dollars. While MaineMeds had only been importing medications from Canada for a few months before the Attorney General's decision, they had already racked up savings to the tune of $500,000. It was estimated the program was on track to save the State of Maine approximately $3 million annually.

While some U.S - and Maine pharmacies voiced opposition to the bill claiming it would harm their bottom line, these concerns were not strong enough to justify blocking citizen’s access to affordable medications.

The Canadian Pharmacy applauds the actions of the Maine State Senate and the important steps they have taken to preserve the right of state citizens to personally important their prescription drugs from international pharmacies offering safe and affordable access to medications.

David Zimmer, president of The Canadian Pharmacy, stated, "We're excited to see the members of the Maine State Senate on both sides of the political aisle working hard to preserve citizens' rights. All U.S. citizens deserve access to safe and affordable healthcare. Reliable, certified Canadian pharmacies are an excellent way for Maine citizens to safely access their prescription medications and pharmaceutical information."

The Canadian Pharmacy is located in Winnipeg, Manitoba, and has been serving customers both at home and internationally for more than 10 years. The brick-and-mortar and online pharmacy is CIPA-certified and makes it possible for customers around the world to enjoy substantial savings on their prescription medications.

About the Canadian Pharmacy:

The underlying mission of The Canadian Pharmacy is to ensure safe and affordable patient access to the highest quality prescription medication and other pharmaceutical products.