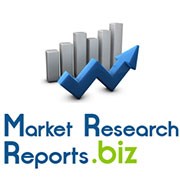 This is the only report on supercapacitors and supercabatteries with up to date ten year forecasts and analysis of market, emerging applications, technology, patent and profit trends and the manufacturers and researchers involved.

55% of the manufacturers and intending manufacturers of supercapacitors/supercabatteries (EDLC, AEDLC) are in East Asia, 28% are in North America but Europe is fast asleep at only 7%. Yet, being used for an increasing number of purposes in electric vehicles, mobile phones, energy harvesting, renewable energy and other products of the future, this market is roaring up to over $11 billion in ten years with considerable upside potential.

To Read The Complete Report with TOC Visit: http://www.marketresearchreports.biz/analysis/107526

Supercapacitors are a curiously neglected aspect of electronics and electrical engineering with a multimillion dollar market rapidly emerging. For example, for land, water and airborne electric vehicles, there are about 200 serious traction motor manufacturers and 110 serious traction battery suppliers compared to just a few supercapacitor manufacturers. In all, there are no more than 66 significant super capacitor manufacturers with most concentrating on the easier small ones for consumer electronics such as power backup. However, in a repetition of the situation with rechargeable batteries, the largest part of the market has just become the heavy end, notably for electric and conventional vehicles.

Supercapacitors mainly have properties intermediate between those of batteries and traditional capacitors but they are being improved more rapidly than either. That includes improvement in cost and results in them not just being used to enhance batteries but even replacing batteries and capacitors in an increasing number of applications from renewable energy down to microscopic electronics. For example, your mobile phone may have better sound and flash that works at ten times the distance because a supercapacitor has taken over these functions from conventional capacitors.

Supercapacitors are replacing batteries where such properties as excellent low temperature performance, calendar and cycle life, fast charge-discharge and reliability are more dominant issues than size and weight. Examples of this include power backup opening bus doors in an emergency, working hybrid car brakes when power goes down and keeping electronic circuits running. Conventional trucks are having one to three of their lead acid batteries replaced with drop-in super capacitor alternatives that guarantee starting in very cold weather, when lead acid batteries are very poor performers.

The difference is dramatic- about 5% energy loss occurs at minus 25 degrees centigrade, compared to a battery's energy loss of more than 50%. Some pure electric buses even run on super capacitors alone recharging through the road every five kilometers or so. Use of supercapacitors to protect batteries against fast charge and discharge and from deep discharge means smaller batteries are needed and they last longer, depressing battery demand and increasing super capacitor demand.

The bottom line is that almost everywhere you see next generation electronic and power technology you see supercapacitors and supercabatteries being fitted or planned because of superior performance, cost-over-life and fit-and-forget.