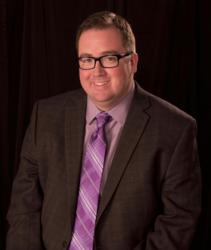 Weaver joined Human Resource professionals to discuss healthcare challenges facing Indian Country today. Topics included effects of the Patient Protection Affordable Care Act, Employee Retirement Income Security Act (ERISA) audits and compliance, issues relating to Tribes and Alaskan Corporations and lastly, what leaders can do to prepare for the coming changes. In particular, Weaver urged members to push for compliance now, rather than react to resulting fines and penalties at a later date.

“The Affordable Care Act will provide health insurance for thirty million Americans who do not have health insurance now, at an estimated cost of 150 to 200 billion dollars a year,” Weaver said. “In my opinion the government will have to pay for much of this through new taxes and penalties assessed to Health and Welfare benefit plans that are non-compliant.”

A non-profit organization, the NNAHRA is comprised of HR professionals working for and providing services to the Tribes, Alaskan Native Corporations and other Federally Recognized Indian entities of Indian Country.

RWI Benefits, LLC, is a national, wholly owned Native American insurance management firm located in Quapaw, OK Founded in 2007 by president and CEO Robert Weaver, a member of the Quapaw Tribe, the firm specializes in all lines of insurance to include employee benefits, property and casualty, worker’s compensation and all other forms of insurance management consulting.

In addition to RWI Benefits, LLC, Weaver owns Native Care Health, LLC, a 100% Native American-owned, third-party benefits administrator which specializes in saving money on tribal membership health plans as well as tribal enterprise health plans through strategic negotiations with providers. Weaver is also the Consultative Representative for Government to Government Relations of the Quapaw Tribe, a group working in Washington, D.C. to improve healthcare access for Indian Country as a whole.