An article in the FT this month ‘Euro rises after ECB freezes rates’ (March 7 2013) should alert investors to the potential impact of currency fluctuations on the price of overseas property, according to property investment firm, Colordarcy. 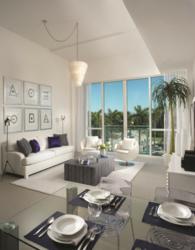 At the moment, the pound is falling and the Euro is strengthening, however this can all change quickly, all of which can be disconcerting for a property investor looking to invest abroad.

It may not seem like much in unit terms, but a fall in the value of a currency, even if it only knocks a few cents or pennies off, can be worrying when it is multiplied by the hundreds of thousands needed to invest in property according to Colordarcy.

Property investors are unlikely to be too concerned about currency fluctuations when investing at home. However, the situation can change when it comes to investing in overseas property.

Loxley McKenzie, Managing Director of Colordarcy commented, “Currency movements are becoming more volatile in the early months of 2013 as most of the world’s major economies look to give a bit of a boost to their economies by devaluing their currencies to increase exports.

This results in regular news reports of either a falling Pound, Dollar or Euro around this time of the year. At the moment, the pound is falling and the Euro is strengthening, however this can all change quickly, all of which can be disconcerting for a property investor looking to invest abroad.

For example, how can an investor be sure they are getting value for money if the currency they invest with is Sterling? The Bank of England needs to stimulate the UK economy so it looks like the pound could be on a downward path in 2013. This will make property priced in Euros more expensive than it was a year ago, for example.”

It was only six months ago that some analysts were predicting €1.40 to the pound. Yet since then, the Euro has gone in the opposite direction and risen to the point where £1 is only worth around €1.15 (Source: XE.com statistics)

However analysts at Colordarcy say that whatever happens with currencies in the short term, property as an asset only moves in one direction in the long term and that is up.

In the USA, the Dollar backed by a strengthening economy is gradually getting stronger than it was against the Euro and the Pound. However it is still weak after falling nearly 10% against the Euro back in 2011 (Source: XE.com statistics). This still makes USA property an attractive option.

Rather than assume a weak currency is bad news, Colordarcy advise that the main thing to watch out for as a property investor is the long term trend. Often a currency can appear weak before a rally and in emerging markets like Turkey there is usually a gradual strengthening or rise in value against other major currencies.

In this case the value of an investment in property in Turkey will rise on the strength of local currency alone.

On the other hand, investing in the Eurozone can mean that with a stronger currency investors will be able to find overseas property at a real bargain price. However, if it is a country like Spain and the Euro happens to be on an upward trend while an investors home currency value is falling, then those low property prices on the Spanish coast may not seem quite such a bargain as they were.

So on balance Colordarcy advise that it is better to invest in countries with a rising currency backed by a strong economy where property prices are comparatively low compared to their home country.

That way, investors can take advantage of capital appreciation and benefit while the value of currency is rising.