Colordarcy Asks - Is It The End Of The Road For Low-Priced Istanbul Property?

An article in this month’s FT ‘Istanbul’s Towers Lure Gulf Investors’ (March 5th 2013) highlights that competition is heating up for property In Istanbul according to property investment firm Colordarcy. 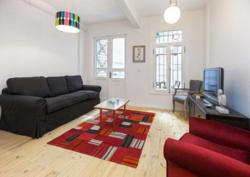 When you see a boom in an emerging market, it will often attract a flood of investors from all around the world who want to get in on the action. This can mean that many of the low-priced property deals start to dry up.

Commenting on the FT article, Loxley McKenzie, Managing Director of Colordarcy said, “When you see a boom in an emerging market, it will often attract a flood of investors from all around the world who want to get in on the action. This can mean that many of the low-priced property deals start to dry up.

Depending on which part of a city an investor chooses to invest in, 10 – 20% growth per annum is possible based on the last 12 months statistics. This is what makes Istanbul such a magnet for property investors and this in turn increases competition in the market.”

According to analysts at Colordarcy, the Istanbul property market has been going through a growth phase for the past 3 years and the loosening of restrictions on foreign ownership in 2012 allowed investors from more countries to purchase property.

This has inevitably played its part in making the city more appealing to Gulf investors in 2012 and will do so again in 2013.

The speed of growth, even in January is looking to outpace that of 2012 (Source: Gyoder Statistics). If it is maintained for the next 12 months, another 11% could be added to the average value of property in Istanbul.

There is no reason why this won’t be the case according to Colordarcy, with all the forecasts pointing towards further economic growth for Turkey in 2013.

McKenzie added, “In my experience, investors like to take calculated risks and when it comes to overseas property they are more likely to look closer to home and to what is familiar territory.

This is why we are seeing increasing numbers of Gulf investors looking at the benefits of investing in Turkey. Its people share the same religion and the culture will be familiar to them making it feel like less of a risk.”

Turkey’s charm offensive certainly looks to be paying off with trade between it and the UAE quadrupling to $5.2 billion in the first half of last year (Source: FT, March 5, 2013).

The UAE is now Turkey’s second largest trading partner after Iraq, which leaves it in the healthy position of not being reliant on struggling Europe for its economic growth. Its current account deficit has been a worry for overseas investors, however it was also reduced dramatically last year.

Istanbul, Turkey’s engine for growth, stands to benefit hugely from this extra investment and with GDP growth expected to hit the 4% mark in 2013, the signs are looking good for its property market according to Colordarcy.

The only problem for property investors is they may need to pay more for property if supply fails to keep up with demand and prices continue growing at 10% or more per year. However there is still a long way to go before the price of property in Istanbul catches up with its equivalent in Western Europe.