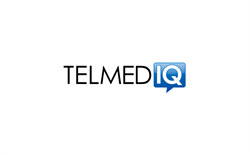 We're now able to intelligently automate the routing of messages such as orders, admissions or lab-work requests based on a hospitalists on-call availability, time of day or by the group they are in.

TelmedIQ, a leader in secure text messaging and healthcare communication applications, announced today that CGH Medical Center had chosen TelmedIQ as it primary healthcare communications platform giving its physicians, nurses and service providers a secure HIPAA compliant text messaging and mobile pager system for their smartphones. For the past 100 years, CGH Medical Center has operated as a progressive acute care facility in Northern Illinois and chose TelmedIQ as part of its mandate to secure physician, nurse and provider communications in order to maintain HIPAA compliance. The secure mobile messaging platform also allows the organization to streamline communications and clinical workflow across its network of physicians and service providers.

After a lengthy two-year evaluation process, Judy Hammett, CGH Medical’s Director of Finance and HIM, chose TelmedIQ to replace its costly pager system for two reasons. The first was to account for the growing number of physicians and providers using their smartphones to communicate in an operational setting, while the second reason was due to the limitations of tracking and responding to messages on pager devices. With HIPAA compliance regulations putting increasing culpability on healthcare organizations and a growing number of audits and fines enacted by the Office of Civil Rights for PHI breaches, CGH Medical wanted a solution that could help the organization modernize while remaining compliant.

“We needed a solution that could be used on a smartphone, thus allowing CGH Medical’s physicians to carry one less device. We also needed a solution that would allow us to page a pocket pager because a few of our providers communicated only in that method,” recalls Judy Hammett, who lead the search for a pager replacement solution. “After two years of extensive evaluation we discovered that solutions for secure communications on a smartphone, particular to the healthcare industry, were very difficult to find or non-existent.”

“TelmedIQ was the only solution that really met all our specific needs, and beyond,” says Hammett. "With its clinical routing solution, we're now able to intelligently automate the routing of messages such as orders, admissions or lab-work requests based on a hospitalists on-call availability, time of day or by the group they are in. The reduction in time for our clinicians to get in touch and get a response from a physician inside or outside the organization has been significant."

“It’s the evolution of hardware—from pager to smartphone—combined with the growth and adoption of cloud-based solutions to improve communications,” says Ben Moore, TelmedIQ's CEO, when asked about why more hospitals were considering smartphones to replace legacy pagers. “Statistics show that 90% of doctors have a smartphone. Texting as a real-time communications tool can mean seconds versus minutes when it comes to conveying critical, time-sensitive information. So why not use a secure smartphone platform for communications, like TelmedIQ, in a healthcare setting?”

For CGH Medical, TelmedIQ’s flexible and multi-faceted approach to pager system replacement is now saving their healthcare professionals time and effort, but more importantly it’s allowing them to on delivering a higher quality of patient care.

To learn more about TelmedIQ and solutions for better healthcare communications visit http://www.telmediq.com.