What is trending for spring 2018 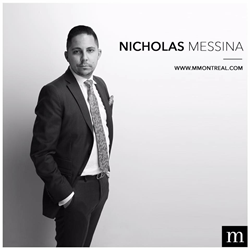 The world wants a piece of it, but so far, unlike Vancouver and Toronto, the foreign buyers have been kept at bay, helping the market to maintain affordability and real dollar value.

Montreal has a rich history when it comes to culture, industry, food and events. It’s Canada’s second largest economy with a population of over 4 million people, and recognized internationally as a place of vibrancy and social interaction; in plain words: this city has a lot to offer.

The world wants a piece of it, but so far, unlike Vancouver and Toronto, the foreign buyers have been kept at bay, helping the market to maintain affordability and real dollar value. So when buying or selling a home in such a competitive space, real estate brokers need to be sharp. They need to work relentlessly to get their name out, make connections and become a true expert in their areas of the city. Buying a home is one of the largest investments you can make, and having the right broker is essential to making sure your money is invested properly.

Nicholas Messina first started in real estate back in 2014, and in only a few short years has become one of the most exciting agents to take on Montreal. He’s put an enormous amount of time into building his brand and creating an online presence that’s hard to rival. The tricky thing about attention though is that once you get it, you have to back it up. Messina does this for his over 12,000 social media followers with a proven sales record in the Greater Montreal Area and contacts that know him all around the city, including Downtown, Notre-Dame-de-Grace, Montreal-West and Westmount areas.

From loan pre-approvals to closing the sale and getting the best possible price, it’s important to put trust in a professional who enjoys every second of the process. Nicholas gives peace of mind to buyers and sellers by assisting them with inspectors, general contractors, exclusive industry insight and the ability to persevere through the highs and lows of the market. He invests his earnings back into the business by teaming up with services like http://www.socialmedia55.com, who’ve worked alongside Messina to build brand recognition, and show the great work that he’s achieving in the city.