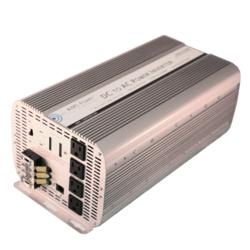 Over the last couple of years AIMS has seen an increased demand for an affordable 36 volt inverter. AIMS Power is happy to announce the addition of yet another high quality power inverter to the AIMS Power inverter family.

The new 36 volt inverter is a 5000 watt modified sine inverter. The unit has a marine coated board and a direct connect AC terminal block, which will deliver the full 5000 watts of power to your project. “Currently there are very few options on the market for 36 volt systems, we think our new 36 volt inverter will be a big hit,” says Bruce De Jong, President of AIMS Power.

End users now have a more affordable option in the 36 volt power inverter market. These new inverters are already being used in many applications around the world. They will work with virtually any 36 volt battery bank, including boats and off-grid solar systems.