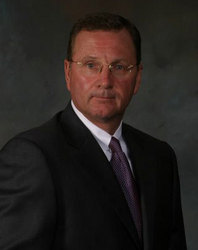 This new sampling procedure helps to ensure that only safely manufactured food products get into the hands of consumers, and it will help to prevent the spread of E. coli illnesses.

The FSIS recently sent a notice to its inspection program personnel (IPP) and import inspection personnel in response to a string of E. coli 026-related illnesses and a recall in late August of Cargill Meat Solutions ground beef products.

The notice provides instructions for collecting product samples from establishments that have produced products associated with E. coli 026-related illnesses.

“This new sampling procedure helps to ensure that only safely manufactured food products get into the hands of consumers, and it will help to prevent the spread of E. coli illnesses,” says Arsenault, a partner in the law firm of Neblett, Beard & Arsenault of Alexandria, Louisiana and the co-chair of the American Association for Justice’s Foodborne Illness Litigation Group.

Certain strains of Escherichia coli, or E. coli, can produce a dangerous chemical called shiga toxin. If a person consumes food that is contaminated with one of these shiga-toxin producing E. coli strains, they can suffer severe illness, including bloody diarrhea, dehydration and failure of the kidneys.

“Federal officials are realizing that more than one E. coli strain presents a serious risk of illness to consumers,” Arsenault says.

According to the Centers for Disease Control and Prevention, nearly 48 million foodborne illness cases occur in the United States every year, including those involving foods contaminated with pathogens such as E. coli, Salmonella, Hepatitis A, Shigella, Norovirus, Campylobacter and Listeria.

In an effort to inform the public about food safety issues, such as E. coli 026 contamination, Arsenault’s firm has developed a website, My Food Advocate, which features in-depth articles, breaking news and other information about food poisoning and foodborne illnesses.