Home Instead Senior Care predicts that resources will not keep pace with an increasing number of Alzheimer’s patients forecast in the decades ahead. The landscape is poised for the development of businesses that would help those suffering from this disease and their stressed-out families. 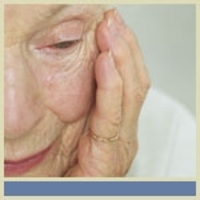 One in eight people aged 65 and older (13 percent) have Alzheimer’s disease, according to the Alzheimer’s Association.

With more seniors wanting to stay at home and fewer nursing beds available, the strain will continue to increase on the nation’s family caregivers.

Recent industry statistics released by the Alzheimer’s Association foretell a sobering future for U.S. seniors, many of whom are destined for a life dealing with the devastating effects of Alzheimer’s disease. What’s more, these same older adults and their families could soon be facing shortages of resources to help their seniors stay at home.

According to the recently released Alzheimer’s Association’s 2010 Alzheimer’s Disease Facts and Figures report, 5.1 million people in the U.S. aged 65 and older have Alzheimer’s disease. That number is expected to reach 7.7 million by 2030, more than a 50 percent increase.

Alzheimer's disease is a progressive and, at present, irreversible brain disorder that is characterized by a steady decline in cognitive, behavioral and physical abilities severe enough to interfere with everyday life and necessitate full-time care, according to industry experts.

As the disease progresses, physical problems may include loss of strength and balance, and diminishing bladder and bowel control. As more and more of the brain is affected, areas that control basic life functions, like swallowing and breathing, become irreversibly damaged, resulting eventually in death.

Home care is growing as a result of the increasing incidence of Alzheimer’s and other dementias, said Paul Hogan, Co-Founder and CEO of the Home Instead Senior Care network, the world’s largest provider of non-medical in-home care and companionship services for senors. One in eight people aged 65 and older (13 percent) have Alzheimer’s disease, according to the Alzheimer’s Association 2010 Alzheimer’s Disease Facts and Figures report.

“In the past, care communities have been the only options for seniors suffering from Alzheimer’s disease,” Hogan said. “But with more seniors wanting to stay at home – about 86 percent in our surveys – and fewer nursing beds available, the strain will continue to increase on the nation’s family caregivers. These caregivers often need assistance with their loved ones as the disease progresses.”

“That’s why developing resources to help these families should be our top priority,” Hogan said, “and why Home Instead Senior Care is working to address the changing needs of our growing senior population.”

To inform potential franchise owners about business opportunities that are evolving from the growing need for in-home care, Home Instead Senior Care is conducting a one-hour webinar on April 29th, 2010, at 1 p.m. Eastern Standard Time. The webinar is open to the public, who can register online.

The increasing incidence of Alzheimer’s isn’t the only problem facing seniors. As Baby Boomers begin turning 65, neither they nor their adult children are well enough informed to plan for their future care.According to a study conducted by the Home Instead Senior Care® network, large numbers of seniors and their adult children have failed to educate themselves on this most personal of subjects, much less make adequate plans for the future.