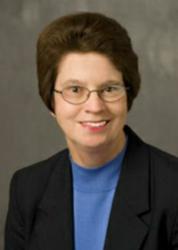 Five American Nuclear Society members are named Fellows for their significant achievements and contributions to nuclear science and technology.

Five members of the American Nuclear Society (ANS) have been designated ANS Fellows, the highest honor bestowed by the Society. Each received an award recognizing this achievement during the opening session of the ANS Winter Conference and Technology Expo, being held November 11-15 in San Diego, California. The designation of Fellow celebrates significant achievements and contributions to nuclear science and technology.

In making the announcement, ANS President Michael Corradini said, “As scientific society members, we are proud to be associated with these individuals who have done so much to advance nuclear science and technology by sharing their contributions so enthusiastically with their colleagues.”

The prestigious designation of ANS Fellow was awarded to:

X. George Xu, Professor and Head, Nuclear Engineering Program, Rensselaer Polytechnic Institute -- For his ground-breaking research and technical leadership - in computational phantoms and Monte Carlo simulation methods for nuclear engineering, health physics and medical physics problems - that resulted in significant advancements in the field of radiation dosimetry and that impacted practices in radiation protection, imaging and radiotherapy, both nationally and internationally.

Established in 1954, ANS is a professional organization of engineers and scientists devoted to the peaceful applications of nuclear science and technology. Its 11,600 members come from diverse technical backgrounds covering the full range of engineering disciplines as well as the physical and biological sciences. They are advancing the application of these technologies to improve the lives of the world community through national and international enterprise within government, academia, research laboratories and private industry.