Brad Schmett of Luxury Homes by Keller Williams has announced today that the Palm Springs real estate community is front and center with homes in high demand thanks to the American Documentary Film Festival crowds heading to the Coachella Valley for the April 4-8 gala event at Camelot Theaters in Downtown Palm Springs, California. 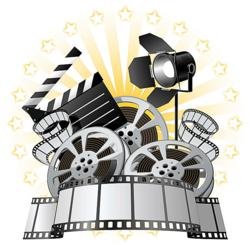 This has quickly become the premier documentary event in the west and we are delighted to welcome the megawatt talents that have produced these incredible films.

Brad Schmett, Broker Associate with Luxury Homes by Keller Williams and Palm Springs real estate expert has announced today that the already red hot home buying market is about to get even hotter thanks to the influx of thousands of documentary film makers and fans drawn to world-famous Palm Springs for the largest documentary film fest on the West Coast called the 2013 American Documentary Film Fest.

The strategic location only two hours east of the Hollywood film capital of the world makes this event a preferred choice for the cognoscenti of show business. Venerated icon Dionne Warwick will be on hand to open the festivities and view the screening of the film Whitney Houston and Her Family about her celebrated late niece and musical family roots. Miss Warwick is world famous for her many award winning collaborations with composer Burt Bacharach in the 60’s and 70’s as well as her own independent career in music.

Brad Schmett commented on the festival stating, “This has quickly become the premier documentary event in the west and we are delighted to welcome the megawatt talents that have produced these incredible films. The festival is in conjunction with the Palm Springs Cultural Center who always strives to keep the Palm Springs area at the hub of cultural activity. As one might expect, many of my clients are from the entertainment industry. They expect nothing but the best in local luxury homes and we are always able to provide them. Everyone likes to get a great buy and with interest rates the lowest we may ever see them there has never been a better time to purchase a desert retreat.”

Seminars are also planned and actor Peter Coyote will be honored for the “Making a Difference, One Film at a Time” award. With 183 documentary films to his credit he has established a stellar career in film making. Last year distinguished producer Olive Stone was honored. Expect to see plenty of great films and a host of celebrities at this highly anticipated event.