Will Continue to Serve as Chief Financial Officer 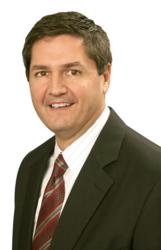 In announcing the promotion, AmeriLife Chief Executive Officer Timothy O. North noted that, “Gary has been instrumental - indeed his experience and leadership have been integral - in elevating AmeriLife to a new level of success and profitability.

Mr. Jenkins has worked for more than three decades in public accounting and the life and health insurance industries. He began his insurance career as Chief Financial Officer of Academy Life, where he engineered a management-leveraged buyout, taking Academy private, and ultimately selling to AEGON. Subsequently, he joined Americo Financial Life and Annuity Company, as its Chief Financial Officer and Executive Vice President. Prior to his insurance career, Mr. Jenkins was a CPA with Grant Thornton.

For additional information about Gary Jenkins’ promotion or AmeriLife, please contact Director of Corporate Communications Wayne Shelor at 727-726-0726, or at wshelor(at)amerilife(dot)com.