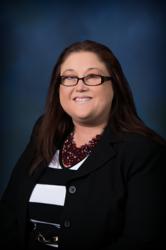 Maritime Professional Training today announced that Amy Beavers has received a federal appointment from Secretary Napolitano to serve in the Merchant Marine Personnel Advisory Committee (MERPAC). The committee advises the Secretary of the Department of Homeland Security (DHS), via the Commandant and U.S. Coast Guard, on matters relating to the training, qualification, licensing, certification and fitness of seamen in the merchant marine. The appointment takes effect February 15, 2013, and committee members serve for three years and may be reappointed for consecutive terms.

Amy is currently the Vice President of Regulatory Compliance at MPT and has served on several boards over the course of her career and has represented the maritime industry as a member of the public at the MERPAC meetings and working groups since 1998. Ms. Beavers is well-known for her contributions to the Big Boat Bible, the MPT Career Reference Manual, numerous articles and speaking engagements on the subject of regulations and training that are required for maritime certification and licensing, and for her “Ask Amy” column on licensing that is published every month by Boat International and distributed globally.

“This appointment is a significant honor for Amy and Maritime Professional Training is very proud that she will have a voice on such an important federal committee that influences the lives of the mariners who we are training every day,” said Lisa Morley, Vice President of Sales and Marketing at MPT. “I have every confidence her knowledge and experience will be tremendous assets to MERPAC,” added Captain Ted Morley, Chief Operations Officer at MPT.

"I look forward to this new responsibility and I’m honored by the appointment. Throughout my professional career, my focus has been on supporting students and providing useful guidance based on my knowledge of the regulations and first hand experiences. The opportunity to serve on MERPAC will allow me to communicate how I see the decisions and policies as they are implemented in a real world setting, how they will impact the mariner and maritime corporations and labor unions, and where I believe improvements can be made,” said Beavers.

About MPT
MPT is located in Fort Lauderdale, Florida, five minutes from Port Everglades and the Fort Lauderdale International Airport. MPT is the most complete full-service private maritime school in the country and has been training mariners since 1983. Training thousands of commercial mariners, yachting professionals and enthusiasts for over 30 years has enabled MPT to develop programs that are success oriented, with unbeatable pass rates, as well as being cost and time efficient. MPT offers all levels of certification, license and document study programs, many of which offer in-school testing, are USCG Approved and are recognized by many foreign administrations. Training programs are designed to meet and exceed IMO standards and are fully STCW Compliant. The Fort Lauderdale based campuses host over 45,000 square feet of classrooms, deck and engineering training labs. Training programs also take place at the MPT SMART Simulation Center, Marine Tech Shipboard Firefighting Site, Sea Survival Training Facility, and onboard the MPT Fleet of Training vessels.