http://www.AppleTv3Jailbreak.com community a division of Ironclad Integrity Unlimited Ltd, invite fans to get involved in the production of the much-awaited Apple TV 3 jailbreak. 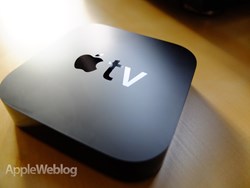 According to Ironclad Integrity Ltd. http://www.AppleTv3Jailbreak.com has gained a good reputation among Internet users after successfully producing software for various Apple iDevices. In spite of their good preparation, developing a jailbreak for Apple TV 3 has proven a very difficult endeavor, so the group is willing to join hands with all people who want to take part in the project.

Engineers are getting very close to creating software that could grant access to the root of the digital media player. However, there is still some work that needs to be done and some tests that need to be performed, so the group could use some help from people who are familiar with the process.

For more information, iDevice owners can visit Apple Tv 3 Jailbreak Project and find out more about the project.

There are two different ways that people can contribute to the creation of the software: on the one hand, they can download the Apple TV 3 files and extract keys from the keybag file, so developers could gain access to .ipsw and modify the files they are interested in. On the other hand, interested visitors, who are willing to speed up the production process, can make small donations and help the developers Group in the accounts that they have purposefully created.

Jailbreaking Apple TV 3 is not compulsory, yet many more people are willing to do it due to the many benefits they eventually gain. Chip Jailbreak Group guarantee that the streaming player will be enriched with many options and features once the software is installed.

Owners will be able to customize the appearance of the device according to their preferences and will have access to all major network channels. Hulu, ESPN, Last.fm, Amazon, Pandora, ABC, CBS, NBA and MTV are some of the channels that will become available only after the installation of the software. In addition, users can watch numerous videos on YouTube, Vimeo, Netflix and iTunes if the streaming player is correctly jailbroken.

The website is not obliging anyone to take part in the production of the Apple TV 3 jailbreak. Internet users will be all be able to download the software as soon as it will be available on the group’s website for free, but developers thought the implication of other people could help speed up the process.