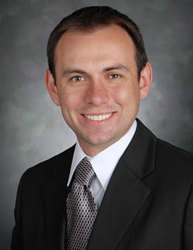 On one hand, by making those arrests, law enforcement officers undoubtedly prevented a large number of Texas drunk driving accidents, and I’m thankful for that. On the other hand, it’s alarming to see there were so many drunk drivers on our roads.

The high number of DWI arrests made by the Texas Highway Patrol during the recent holiday season shows that drunk driving remains a widespread problem in the state of Texas, Austin car accident attorney Jack Zinda says.

According to a news release from the Texas Department of Public Safety, state highway patrol troopers arrested 1,106 drivers across the state for driving while intoxicated during the holiday period from December 21 to January 1. According to the Patrol’s assistant director, David Baker, that number represented 288 more arrests than were made in the 2009 holiday period.

“On one hand, by making those arrests, law enforcement officers undoubtedly prevented a large number of Texas drunk driving accidents, and I’m thankful for that,” Zinda says. “On the other hand, it’s alarming to see there were so many drunk drivers on our roads.”

According to the Texas Department of Transportation, there were 27,108 alcohol-related crashes in the state in 2009, resulting in 955 deaths and 17,542 injuries. According to National Highway Traffic Safety Administration statistics, Texas had the highest number of drunk driving fatalities in the nation in 2009.

“These statistics indicate that drunk driving is still a serious issue in our state. We need to do more to keep intoxicated drivers off our roads and protect other motorists,” Zinda says.

Zinda, a founding lawyer of the Austin personal injury law firm of Heselmeyer Zinda, PLLC, says that repeat offenders are a particular concern.

According to a 2008 NHTSA fact sheet, drivers with a blood-alcohol content of .08 or higher who were involved in fatal crashes during that year were eight times more likely to have had a prior DWI conviction than drivers with no alcohol in their systems at the time of the accident.

“The treatment and punishment of repeat DWI offenders clearly plays a big role in reducing drunk driving and the risk of DWI-related accidents,” Zinda says.

“Our firm’s car accident lawyers have represented individuals and families throughout Central Texas in personal injury and wrongful death lawsuits, and we’ve seen how their lives can be turned upside down by drunk driving crashes,” Zinda says. “We would support and encourage any efforts to solve this problem in our state.”