In his fascinating and fun debut novel, author Peter C. Bradbury deftly navigates the mystery and mayhem of the “whodunit” genre. A page-turning thrill ride through an English country mansion full of colorful characters and witty dialogue, Stonebridge Manor is a delightful mystery that will keep readers guessing until the end. https://petercbradbury.com/ 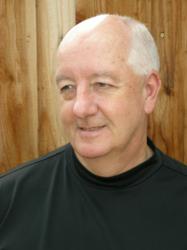 Comparisons to the intrigue of Gosford Park and Downton Abbey abound, suggesting a comeback of the aristocratic murder mystery.

From his viewpoint as a working English butler, Peter C. Bradbury teases the secrets of high society’s closed doors in Stonebridge Manor. With a plot revolving around the manipulative and sharp-tongued antagonist, Lady Baldwin, and those she both employs and demeans, readers are pulled into the titular country estate and the mystery that surrounds it.

Comparisons to the intrigue of Gosford Park and Downton Abbey abound, suggesting a comeback of the aristocratic murder mystery. Bradbury deftly maneuvers the long, dark halls of Stonebridge Manor with captivating clarity and wry humor. His characters are finely drawn, each owning their respective place in the Manor; commanding attention and never fading into the background, keeping them at the front of the readers’ imaginations while they attempt to solve the mystery laid out in the pages of the book.

With a cast of delightfully fun suspects and engaging dialogue, Bradbury delivers high society intrigue that will pique the interest of readers from the first sentence. With bewitching plot twists and colourful thematic elements that draw readers in, Bradbury has crafted a debut novel full of enthralling imagery that will leave readers furiously turning pages until the end, and inevitably, eagerly awaiting his sophomore novel.

Peter Bradbury has been a working English Butler since 1985, from the aristocracy to the wealthy to the not so wealthy. He was born and raised in the Northwest of England, where he still has family, before relocating to the USA in late 1994. Stonebridge Manor is his first novel, portraying life and humor in an English Country Mansion, with a murder thrown in for good measure. His second novel, Prospects, about two murderous, wealthy brothers in the San Francisco Bay Area, is slated for release in July of 2012.