Cases of Lyme disease and autism are skyrocketing in the United States. Is there a link between the two disorders? Research spurred by non-profit foundation says "Yes." 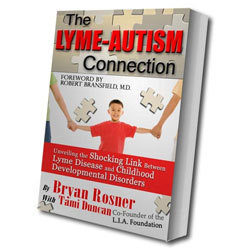 Lyme disease may play a role in causing autism according to a recent study published in Medical Hypothesis, a peer-reviewed scientific journal.

A team of five physicians led by Robert Bransfield, M.D., analyzed the two diseases and discovered a connection based on epidemiological findings, symptom similarities, case reports, and laboratory test results.

The Lyme-Induced Autism (LIA) Foundation has paved the way for studies such as this one. Led by Tami Duncan, herself the mother of an autistic child, the LIA Foundation was established in 2006 by a group of parents who suspected the connection but recognized the need for scientific research.

Collaboration on the Medical Hypothesis study began during one of the LIA Foundation national conferences, which have attracted top physicians from around the country.

Charles Ray Jones, M.D., considered the nation's leading pediatric Lyme specialist, was one of nine presenters at a recent LIA Foundation conference held on April 12, 2008 in Fort Lee, New Jersey. "I've treated over 10,000 children with Lyme disease," Jones said during his presentation. "A good many of the children, we've found, have had autism-spectrum disorder."

The LIA Foundation hosted their most recent conference on June 27-29, 2008 in Indian Wells, California.

To educate the public about the Lyme-autism connection, LIA Foundation president and co-founder Tami Duncan recently co-authored a book on the topic with author Bryan Rosner. Rosner has written three books on Lyme disease.

"Lyme disease is not the only causative factor in autism," Rosner says. "We know that many other environmental and genetic triggers are involved. However, Lyme disease is the fastest spreading infectious disease in the United States, with an estimated 200,000 new cases per year. Autism cases are also exploding. If Lyme disease can contribute to the onset of autism, then we are onto something big here."

"Research also suggests that Lyme disease can be congenitally transferred from mother to child during pregnancy, even if the mother is unaware that she is infected," Duncan continues. "This can account for the early onset of Lyme-induced autism in young children."

Duncan and Rosner do not believe that the Lyme-autism connection hypothesis is new. Their book states that parents, caretakers, and researchers have long suspected the link. But the recent conferences and peer-reviewed studies are important because they attract the attention of the medical community, which can lead to life-saving research.

"New medical truths do not have significant impact until they are packaged and presented according to accepted guidelines," Rosner says. "The connection is not new, but it is finally receiving proper attention."

To learn more, visit the LIA Foundation website at http://www.liafoundation.org.

Rosner and Duncan's book, "The Lyme-Autism Connection," can be ordered from http://www.lymebook.com/lyme-autism-connection or http://www.amazon.com. The publisher is BioMed Publishing Group, South Lake Tahoe, California, (530) 541-7200.