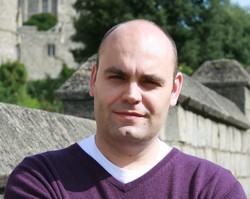 Many games actually have large amounts of repeated or redundant data

Twenty-first century consumers want their entertainment 'on demand', and video gamers are no exception. Despite being on the cutting edge of technology, gamers have to date been poorly served by digital download providers. However, with the launch of GDI's market disrupting technology AWOMO™, gamers are set to experience a step change in download speeds.

The sheer size of video games continues to outpace the growth in Internet bandwidth. In 2003, typical PC games weighed in at 1.4 Gigabytes (GB), which on a typical 0.5 Megabit per second (Mb/s) broadband connection at the time would take around 6 hours to download. Today, games are typically sized in excess of 7 GB, and on a 2 Mb/s connection take nearly 8 hours to download. Despite the increase in broadband speeds, the situation is getting worse not better as the technology gap widens.

However, GDI's proprietary distribution platform, AWOMO, features a number of technical innovations which reduce the effective download time of large games from hours to just minutes, providing consumers with short waiting times - up to 20x faster than conventional services.

"The primary way in which AWOMO achieves this goal is by exploiting the simple principle that a gamer does not need to access the entire game data right from the beginning," Roger Walkden, CEO of GDI explains. "In the same way a person watching a movie does not need to see the end first, nor does a gamer need the whole game just to start playing. The data needed for later levels can be downloaded safely in the background with no interruption to the game experience."

As the consumer begins downloading, AWOMO analyses the PC and tests the connection speed, compiling an optimised download that will allow them to start playing with the shortest possible wait time.

The secret lies in the conversion and optimisation process for each game. The QA teams prepare the games by generating sets of 'data-time' maps which a neural network subsequently analyses to calculate the most efficient way to deliver the data to a gamer at a given connection speed. The more the download games are tested, the smarter the platform becomes and the smaller the initial download.

Results vary by game: for some, the initial download can be as little as a twentieth of the data - the core 'engine' plus other essential information. Others may require a larger download to ensure there are no interruptions to game play, but the AWOMO platform also has a couple of other unique tricks up its sleeve to help minimise the initial download size.

"Many games actually have large amounts of repeated or redundant data," reveals Walkden. "For example, the same visual feature may be reused many times and stored as a separate instance each time. AWOMO simply replaces repeated data with a reference to the original. Similarly, information which is never accessed by the game is discarded, much as the audio compression used for music downloads discards data the ear can't hear."

"AWOMO is like building a road in front of a driver as they progress - as far as they are concerned, the road is there all along, when in fact it's being laid just out of sight," Walkden explains. "Of course, as with all great technologies, what happens 'under the hood' is unimportant to the consumer. As far as the gamer is concerned, AWOMO is just the platform that delivers a game far quicker than any other download service - and that's all they need to know."

Further information for consumers and editors is available from AWOMO, where the delivery platform is currently in Public Beta with a series of free game downloads.

About GDI:
GDI Game Domain International plc (GDI) was founded in 2006 and owns the exclusive rights to a proprietary technology that enables consumers to download full games directly from their Internet browser in minutes rather than hours using standard broadband connections by allowing the gamer to start playing when a fraction of the game data has been downloaded. GDI is developing its own service known as AWOMO™ and is supplying 'white label' games download services to third parties branded 'Powered by AWOMO™'. For more information visit http://www.awomo.com.