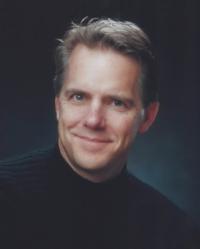 Use social media more aggressively to help customers and provide accountability and transparency.

“Banks are notorious for having bad reputations, and things have only gotten worse during the recent economic downturn and financial crises,” says Sorensen, author of Online Reputation Management: Corporate & Personal. “Knowing which factors influence a poor reputation and understanding the specific steps to take, can help banks large and small rebuild their good reputations.”

A 2012 Study by American Banker concluded that some of the largest banks: Wells Fargo, Citibank and Bank of America have the poorest reputations.

Fee Increases During Hard Times
According to CFO.com, banking profitability is down from about 26% in past years to about 14%. While fee increases support bank profits, in the context of a larger economic downturn Sorensen contends they have a strong negative effect on reputation, and suggests both real and proposed new fees and fee increases create a reputational backlash.

Lack of Direct Interaction & Communication
According to AmericanBanker.com, direct interaction and exposure to the company’s messaging (including “advertising, marketing, public relations activities or social responsibility efforts”) have huge impacts on a bank’s reputation. “A lack of either direct interaction or exposure to corporate messaging has a large detrimental effect on reputation,” says Sorensen.

Relative Value Mindset
“Banks often see reputation as just another way to beat competitors. While reputation can be a major differentiator, building a good one is not a race to the finish line,” adds Sorensen.

Recent Scandals
Banks seem to have more scandals than most other businesses. Sorensen counsels that all scandals adversely affect all banks. “They prompt customers and investors to pay more attention to bank behavior so even the littlest problem can become a major concern. If scandals lead to criminal indictments against banks, the net effect is even worse because no one wants to do business with a criminal.”

Sorensen advises banks begin by first improving their communication both externally and internally. This means looking at positive brand messaging, asking for and responding to feedback from customers and investors, and showing the bank is a responsible, trustworthy lender in difficult economic times. Internally, Sorensen says banks need to make it clear to employees what kinds of behavior are rewarded or unacceptable, discuss the company’s strategy, mission and values, and accept and respond to feedback from employees.

Secondly, banks need to focus on consistency. “If you’re communicating one thing but doing the opposite, your reputation will align with your actions,” explains Sorensen. “Compensation and reward structures must match your internal communications to employees. Acquisitions, lending policies, customer service, and other actions must align with your external messaging to customers and investors.”

Next, Sorensen recommends working on existing relationships. Because bank profits are decreasing and other industries are moving into the banking sector, banks cannot afford high customer churn rates. That means it’s important to work on retaining customers and improving their experience and direct interaction with the bank.

Fourth, Sorensen advocates banks need to live up to expectations. According to Anthony Johndrow of Reputation Institute, customers expect banks “to engage in citizenship, good governance and innovation, along with having solid financial performance and trustworthy products and services.” “A bank’s ability to meet those 5 expectations will be reflected in its general reputation,” adds Sorensen.

The article can be viewed in full at http://www.bigbluerobot.com/

About Don Sorensen
Don Sorensen is a recognized authority on online reputation management whose expertise and insights have most recently been featured in the New York Times, Forbes, CIO, PCWorld and other publications. His more than 25 years of corporate communications and marketing experience for companies including Novell, Hewlett-Packard, IBM, Intel, Netscape, Sun, AT&T, and AOL, are the foundation upon which he built Big Blue Robot, a leader in the online reputation management industry. A frequent presenter on corporate reputation management, his most recent speaking engagements include appearances at the Direct Selling Association, the National Conference on Student Assessment, and the Association of Test Publishers. His book “Online Reputation Management: Corporate & Personal” was published this year and is available through Amazon, an addition to his numerous academic articles. He holds a Communications Degree from Brigham Young University and is a published academic author. In his spare time, Sorensen is a documentary filmmaker and avid mountain biker.