Bed Bugs Check In to Chemung County Nursing Facility, My Cleaning Products Offers Complimentary Sample of Bed Bug Bully to Prove It's the Best Solution to the Problem

Bed bugs were haunting the Chemung County Nursing Facility in New York according to a report. My Cleaning Products said that Bed Bug Bully is the best solution to the said problem and offered complimentary samples of it to affirm its statement. 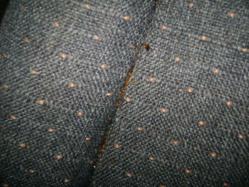 ...though they [bed bugs] are very sneaky, there is a way to stop them from causing a massive infestation, it said. And as it identified, that way is by having a Bed Bug Bully prepared.

Bed bugs were discovered in Chemung County Nursing Facility for the first time. News website stargazette.com reported that three rooms of the said facility were treated for the pests. However, My Cleaning Products stated that Bed Bug Bully should have been used for the bed bug treatment. And to prove that it is truly the best bed bug spray for the infestation, the company offered complimentary samples of it to the public.

As stated in the report, My Cleaning Products related that a recliner brought into the facility was the root cause of the problem. But apart from the room where it was in, it added that the two others on either of its side were also seen with bed bug signs. Hence, they were also sprayed with insecticides.

It was on March 3 when the bed bugs were detected on the said recliner, shared the company as based on the report. But though the other two rooms were already free of the pests after the first treatment, the source room was in need of another spraying. That's because a bed bug was found in it again last week, it explained.

To make sure that the said source room is completely free of bed bugs, MCP detailed that it was closed for three days. Moreover, before it is reopened, a steam treatment will be done in it, it added.

Here is an excerpt from the post Bed Bugs Found in Chemung County Nursing Facility by My Cleaning Products.

“New York is one of the states most-infested by bed bugs. And as reports have it, one of its nursing facilities was the most-recent target of the blood-fed pests.

The Chemung County Nursing Facility in Elmira, New York was specifically that affected nursing facility. And though bed bugs are rampant in New York, it was the first time for the said nursing home to deal with the vampire-like creatures.”

According to My Cleaning Products, the report about bed bugs being transferred to Chemung County Nursing Facility through a recliner was not a surprise. But though they are very sneaky, there is a way to stop them from causing a massive infestation, it said. And as it identified, that way is by having a Bed Bug Bully prepared.

With the said bed bug spray ready, MCP stated that one could get rid of bed bugs effectively right after they are detected. And because it was approved as pesticide-exempt by FIFRA 25(b), it shared that it could also make the process safer than any insecticide could. So of all the bed bug products, it only recommended its use.

But apart from that, My Cleaning Products also announced that it was giving out complimentary samples of the solution. It said it was so anyone could prove it himself that Bed Bug Bully is truly the best help any bed bug victim could get.