Bed bugs hitched a ride on donated books and got into Marshall District Library, a report said. My Cleaning Products asserted that Bed Bug Bully is the best help to eliminate the pests and advised the public to try the complimentary sample of it to see its claim is true. 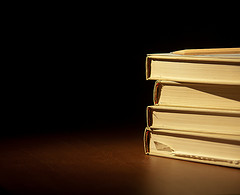 ...of all the bed bug sprays, MCP said that Bed Bug Bully is the best help anyone could get...it offers an easy and effective bed bug elimination...

Libraries became frequent targets of bed bugs in the past few months. And according to a report from battlecreekenquirer.com, the blood-fed pests barged into yet another one in Michigan. In getting rid of them, My Cleaning Products asserted that the non-toxic bed bug spray called Bed Bug Bully is the best help. It offered samples of it to the public to back up that statement.

The bed bugs were discovered particularly in Marshall District Library, My Cleaning Products related based on the report. A set of donated books for the scheduled American Association of University Women Book Sale transported them to the building, it stated.

Because of the presence of pests, the company detailed that the event was canceled. Even the receiving of book donations was also postponed. The affected books, it added, were contained in a storage space that library visitors couldn't access. And to prevent the repeat of the incident, Library Director Angela Semifero said that future book donations also be cleaned, it shared.

Below is an excerpt from the post Bed Bugs Barge Into Marshall District Library by My Cleaning Products.

“Donations show the kindness of people. And with its purpose to help others in need, who would not appreciate it? But sadly for a district library in Michigan, a donation of books brought in a bed bug problem to the building.

The Marshall District Library was scheduled to hold the American Association of University Women Book Sale. Donations of books came in for the said event. However, with a set of donated books were bed bugs, shared Director Angela Semifero. Because of that, the book sale was canceled. Acceptance of book donations was called off as well until further notice.”

My Cleaning Products said that books aren't usual spots of bed bugs. But because it is becoming common to see the vampire-like pests in them, the company advised the public that like libraries, they must also be on the look-out for bed bugs inside the books in their houses. Once their presence is confirmed, it said that a prompt bed bug treatment must follow up.

Nonetheless, of all the bed bug sprays, MCP said that Bed Bug Bully is the best help anyone could get. It stated that it offers an easy and effective bed bug elimination as users just need to spray it spot on.

Apart from that, it added that it also could have anyone deliver a safe process as it was approved pesticide-exempt by FIFRA 25(b). With that, it said that anyone could kill bed bugs without the need to evacuate.

To prove that Bed Bug Bully is indeed all that it said, My Cleaning Products encouraged the public to try it themselves. Bed Bug Bully Complimentary Sample is available at its official website, MyCleaningProducts.com.