One study found out that kidney bean leaves could work against bed bugs, a report said. My Cleaning Products shared details about it and compared the leaves' effectiveness with the use of a non-pesticide bed bug spray. 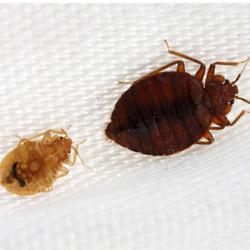 ...bed bug spray is the more practical and credible choice as it makes the bed bug treatment easier and faster to complete and was already proven to effectively work.

There was a new addition to the list of possible remedies against bed bugs. Based on a report from dailypilot.com posted on April 15, 2013, a study claimed that kidney bean leaves could thwart the blood-thirsty pests. My Cleaning Products shared details about it and compared its effectiveness with the use of a non-invasive bed bug spray.

The leaves work against bed bugs by trapping them via their trichomes, My Cleaning Products relayed as it was said in the report. It explained that the trichomes are the hairs in the kidney bean leaves that works as hooks.

According to the report, the trichomes are about 10 micrometers in diameter and about 50-100 micrometers high, MCP detailed. And as the authors of the study, headed by Micheal Potter, an entomologist from the University of Kentucky, said, those hairs particularly puncture bed bugs and hold them in place, it added.

However, as based on the same report, the company stated that attempts to replicate the leaves to make them more efficient against the pests were unsuccessful.

Here's a part of the post “Could Kidney Bean Leaves Really Counter Bed Bugs?” by My Cleaning Products.

“Bed bugs are no longer just characters in a rhyme. For the past few years, they have become a real-life nuisance. And there are thousands of reported bed bug infestations all over the country that could prove that true. But over time, methods and techniques were discovered and rediscovered to counter their presence. One potential method gaining attention today is the possible use of kidney leaves to trap the bloodsucking bed bugs.

Based on a study by Micheal Potter, an entomologist from the University of Kentucky, the kidney leaves are capable of capturing the blood-thirsty pests via their little hairs. Those hairs are called trichomes and are about 10 micrometers in diameter and about 50-100 micrometers high.”

My Cleaning Products shared that further research was being planned regarding the use of kidney bean leaves to counter bed bugs. But even if the leaves could truly trap the pests, it commented that the use of them is still not a credible solution against the critters. It said that as the scientists themselves noted, they don't offer long-term help given that they dry out quick.

Because of that and some other reasons, the company asserted that it's better for the public to use a bed bug spray. It made a comparison of the two methods in its recent post and in it, it enumerated the advantages of the use of a bed bug spray over the bean leaves. It said that bed bug spray is the more practical and credible choice as it makes the bed bug treatment easier and faster to complete and was already proven to effectively work.

However, MCP specified that the bed bug spray must be non-pesticide. And among any other solution, it only recommended Bed Bug Bully. It stated that pest-control companies had proven it effective and it is classified as pesticide-exempt under FIFRA 25(b).

So they could prove it themselves that Bed Bug Bully is effective and safe, MCP urged the public to watch a customer's review of the product. It also encouraged them to try the Bed Bug Bully Complimentary Sample available at MyCleaningProducts.com.