Bed Bugs are On The Rise in Courts and Apartment Complexes; My Cleaning Products Offers Complimentary Samples of Its Bed Bug Spray To Bed Bug Victims

A senior housing complex in Texas was invaded by the horrendous bed bugs. My Cleaning Products sought to help the residents and other bed bugs victims and offered samples of its pesticide-exempt Bed Bug Bully. 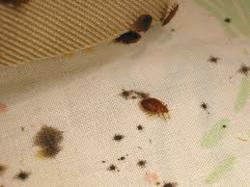 Bed bugs are still on the rise across the United States. And according to a report from 12newsnow.com, a housing for seniors and the disabled in Texas was one of the latest places they invaded. Knowing how horrendous the pests are, My Cleaning Products suggested the use of Bed Bug Bully for their elimination. And to prove that it is the best bed bug spray for the treatment, the company offered complimentary samples of it to bed bug victims.

As detailed in the report, it was the Baten Arms Apartments in Beaumont, Texas that was attacked by bed bugs. It shared, as accounted by one tenant named Mary Katherine Malveaux, that the blood-fed insects along with other pests, were a constant problem in the complex for years. And as she also related, she even woke up with the insect crawling on her last Monday.

A complaint for the pests' presence by Malveaux's family was already filed to the housing management, the report stated. However, managers of the complex stated that it takes five to seven days for the problem to be resolved, it added. And with Malveaux and her family not satisfied with their efforts, the news said they were planning to move out of the complex.

“There are more than enough cases that prove bed bugs could invade any place. However, they are most common in residences, including houses and apartments, than anywhere else. An incident of bed bug attack in a housing for seniors and the disabled in Beaumont, Texas has again proven that correct. Based on a report by 12newsnow.com, the said housing invaded by the blood-sucking pests was the Baten Arms Apartments. And according to the account of one tenant, Mary Katherine Malveaux, who experienced first-hand being bugged by bed bugs, the problem has been going on for years. Ever since she moved in almost three years ago, she said that there has been a constant issue about bed bugs, cockroaches and other pests in the housing.”

According to My Cleaning Products, bed bugs multiply and spread in a fast rate. So, an immediate bed bug treatment must follow the discovery of the pests to prevent the worse of their negative effects, it said. With that established, it asserted that Baten Arms Apartments should speed up their actions to eliminate the pests.

Of all the bed bug treatment methods though, it pointed out the use of bed bug spray as the best to implement. It explained that bed bug elimination with the product is easier hence, it could be promptly.

But of the many bed bug sprays, it only recommended Bed Bug Bully.

My Cleaning Products detailed that apart from making the treatment effective, Bed Bug Bully could also make it safe. That is because it is pesticide-exempt as approved by FIFRA 25(b). And to test the said bed bug spray, it announced that its samples are now available and urged the public to try it.

The company shared that anyone could get the Bed Bug Bully Complimentary Sample at MyCleaningProducts.com.