PCT Discusses Bed Bug Heat Treatment Challenge in a New Post, My Cleaning Products Asserts Use of Pesticide-Exempt Bed Bug Spray is the Better Method Against the Critters

A recent post from pctonline stated that heat treatment to kill bed bugs is challenging. My Cleaning Products asserted that for a truly risk-free bed bug treatment, it's better to get rid of the pests with a pesticide-exempt bed bug spray. 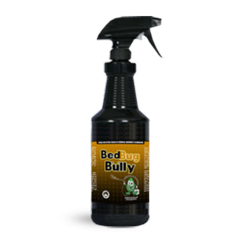 There are several methods of bed bug treatment. And according to pctoline.com, heat treatment is becoming a popular option for many pest-control professionals. However, My Cleaning Products said that if one could not perfectly implement it, it's better to apply a bed bug spray instead. Specifically, it recommended the use of Bed Bug Bully.

Bed bug heat treatment is effective but challenging based on the pctonline post published on March 26, My Cleaning Products related. It said that although it could kill bed bugs effectively, even its eggs and nymphs, if not executed right, it could cause major liabilities.

Particularly, as stated in the post, heat treatment is a major challenge in places with fire suppression systems and sprinklers, shared My Cleaning Products. If it's implemented in a temperature higher than the maximum rating of the sprinkler, it activates it and causes 20-40 gallons of water per minute to fall into the area of bed bug treatment. And as it said, that could cause major damages.

Below is a part of the post The Challenge in Bed Bug Heat Treatment by My Cleaning Products.

“As you surely know, there are several methods to get rid of bed bugs. Some of them requires more money, others take more work. However, among them, heat treatment is one of those that many pest-control experts love to implement. Should you then follow their lead?

Well, not until you know first the major challenge it got ahead. So what is that challenge?

Basically, the thing that makes heat treatment work is also the major challenge it presents. And based on a post by PCT online, that is the “heat.”

But apart from the sprinkler challenge, My Cleaning Products stated that in locations with no fire suppression systems, it is also possible for the heat treatment to cause fire accidents. And because of that, if anyone could not perfectly implement the method, it asserted that it's better to kill bed bugs with a bed bug spray instead.

Among all the solutions though, MCP only recommended Bed Bug Bully. It stated that it was already proven effective by pest-control companies and approved as pesticide-exempt by FIFRA 25(b). Hence, it asserted, users don't have to worry about their health when using it.

Apart from that, like the heat treatment, My Cleaning Products said that Bed Bug Bully could also kill bed bug eggs and nymphs. So, it declared that it's truly worth it.

In addition to recommending the said organic-based bed bug spray, MCP also announced that complimentary samples of it are now available. It urged pest-control companies, hotel owners and all bed bug victims to get them and see for themselves how well it works. It shared that anyone could get the said Bed Bug Bully Complimentary Samples at MyCleaningProducts.com.